To the homey: Keep ya head up.

I’m a fan of both Nick and Mariah, so don’t take this the wrong way. But I cannot believe there are rumors than Mariah is blaming Nick Cannon, her doting hubby, for the demise of her last couple of albums. First of all, I thought she had already blamed Jermaine DuPri. A source says:

“She was devastated when her latest album, ‘Me. I Am Mariah … The Elusive Chanteuse,’ sold just 100,000 copies, and is blaming Nick. She turned down lots of opportunities to put her personal life ahead of her career and he didn’t. He takes every job he is offered.”

They are definitely headed for divorce though, which is a shame, because Nick has “MARIAH” tatted on his back. Hopefully these guys can step back and remember why they fell in love in the first place. They went way farther than people ever imagined so anything is possible. 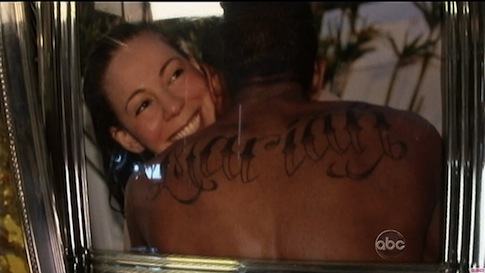 What ‘Blade Runner’ got right and wrong about 2019