Kanye West is continuing on his all-caps social media streak just hours after apologizing to his estranged wife Kim Kardashian for, well, just that. 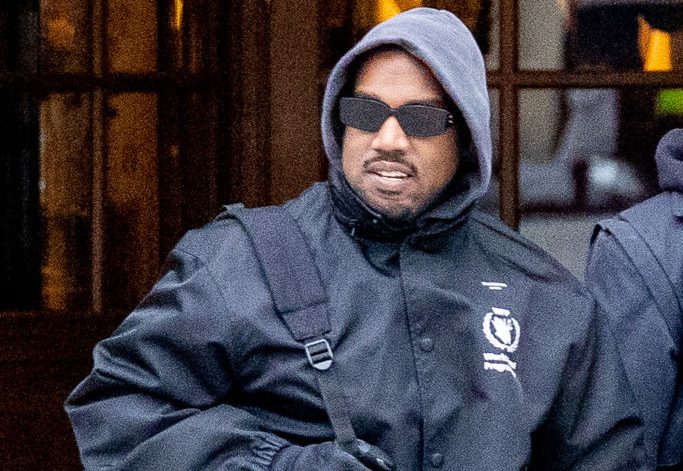 Only a couple of hours after apologizing and “taking accountability” for his use of all capital letters in his recent Instagram posts, Mr. West brought the caps lock right on back as he shared a new photo of his estranged wife.

Ye uploaded a photo of Kim K in a black bodysuit, wearing black stiletto heels, matching gloves, and a pair of  futuristic sunglasses. The photo came from a photoshoot Kim did a few days ago, tagging the photographer.

In his caption, he wrote,  “VISION OH SORRY ALL CAPS IS BACK FOR THE PEOPLE THATS ALL CAP.”

Hours before this return to caps lock, Kanye issued an apology for his jarring social media posts over the last few days, admitting the way he communicates is something he would like to work on.

“I’ve learned that using all caps makes people feel like I’m screaming at them,” he said on Tuesday. “I’m working on my communication. I can benefit from a team of creative professionals, organizers, mobilizers and community leaders. Thank everybody for supporting me.”

The rapper continued, addressing the screenshots he shared of text conversations with Kardashian, one of which featured the reality star asking why he can’t keep any of their interactions private.

“I know sharing screen shots was jarring and came off as harassing Kim. I take accountability,” he wrote. “I’m still learning in real time. I don’t have all the answers. To be good leader is to be a good listener.”

According to reports from The Sun, though, Kim isn’t impressed by Kanye’s apology. The outlet reports that the SKIMS mogul sent a team member to speak to her ex and “beg him to leave her alone.”

The reality star is “worried Kanye will post more of her private texts” say friends of Kardashian, so she sent a member of her team to speak to the rapper in person.

“Kim is really upset about Kanye’s social media rants and how he’s posting everything she sends him,” an insider told The Sun. “Kim has tried to ignore Kanye’s latest attacks, but it’s impossible. After his stunt with the Valentine’s Day roses, she reached out begging him to stop, saying ‘if he loves her as he says, why is he acting like this and causing her pain’?”

Unfortunately for Kim, following his recent split from Julia Fox, it doesn’t seem like his efforts to get her back will be over any time soon.