Miguel And Ex-Wife Nazanin Mandi Are Back Together


True love finds its way back and the phrase rings true for Miguel and his ex-wife Nazanin Mandi. 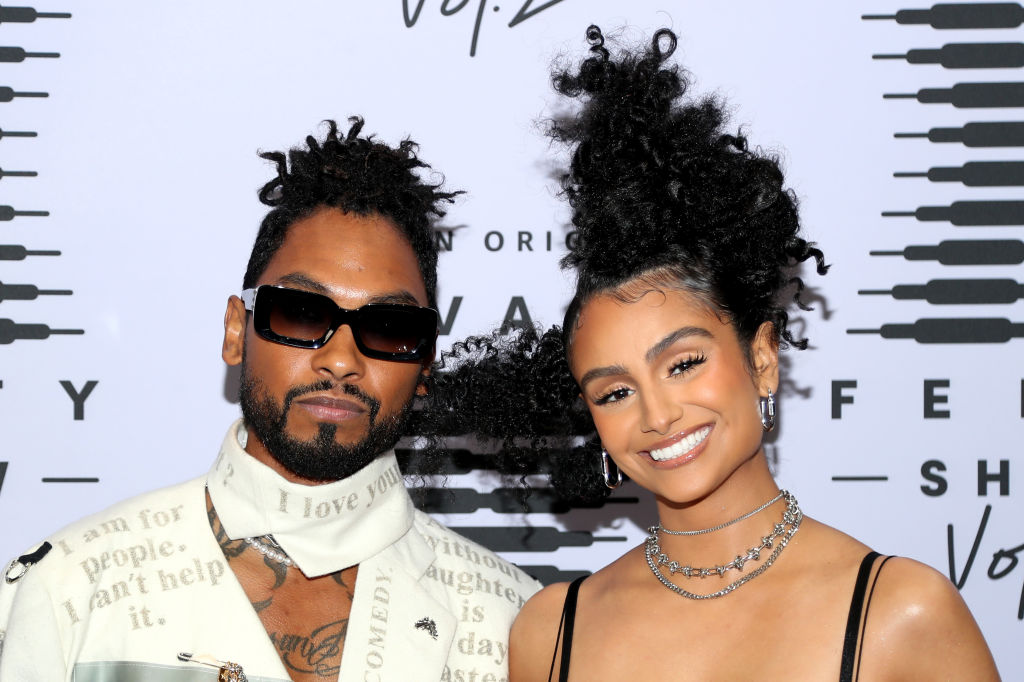 The love birds are officially back together after announcing their heartbreaking split back in September 2021.

On Feb. 15, the “Adorn” hitmaker revealed that he and his wife of three years had reconciled.

“Love heals. Proud of us”, the 36-year-old R&B singer wrote, signing off his gushy post on behalf of “The Pimentel’s.” Miguel shared a few photos of himself hugged and loving up against his boo Nazanin.

“I am so happy for you guys #love wins

While Nazanin sweetly replied underneath the photo:

“When you put the work in and it works out.”

Back in September, the high school sweethearts shocked fans when they announced that they would be parting ways “after 17 years together.”

“Miguel and Nazanin Mandi have decided to separate and have been for some time now. The couple both wish each other well,” a rep for the two celebs told PEOPLE.

AS BOSSIP previously reported, Miguel and Nazanin went on their first date in 2005 and got engaged in January 2016. They were married in an intimate ceremony in Simi Valley, Calif. in November 2018.

According to Nazanin, the two met when they were just 18 -years- old as she was interviewing him for a behind-the-scenes DVD he was gearing up to release in the promotion of his first music video.

“I asked him a question that wasn’t on my Q;A, which was: ‘All the ladies want to know, do you have a girlfriend?’” she recalled to Vogue. “And he smiled and said, ‘No, but I’m looking for one.’ We exchanged numbers, and he called me the next day to ask me out on a date . . . and ever since then, it’s been one hell of a ride!”

Rumors of the pair’s rekindled romance surfaced back in January when the two lovers were spotted vacationing with one another at the super luxurious Amangiri in Canyon Point, Utah. In a few photos, the then former couple appeared to be laughing and smiling from ear to ear as they enjoyed time together frolicking in the wilderness.

Before that, The Pimentel’s were seen dining out on more than one occasion with one another. It was only a matter of time!

Congrats to Miguel and Nazanin!