Musiq Soulchild took a moment to shout out the mother of his eldest child, former 702 songstress Kameelah Williams, during his Verzuz battle last night.

After Soulchild performed his song “143,” he told the audience, “I wanna bring somebody special out. She wants to say something to y’all right quick.”

Williams appeared onstage and said, “Thanks y’all, of course I’m here Team Musiq. Thank you Musiq Soulchild, my baby daddy.” She then added, “He hates when I do that,” to which Soulchild said, “Ok, alright, we love you, baby.” 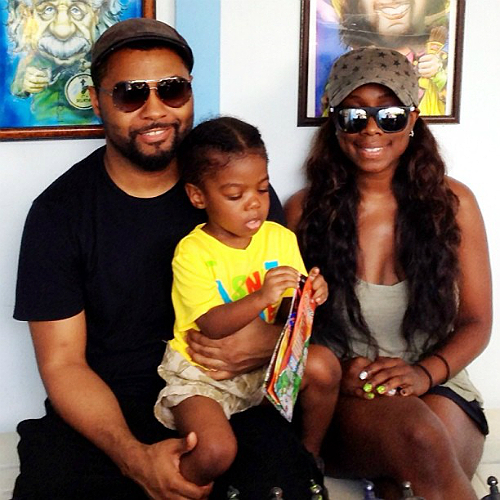 Soulchild and Williams welcomed their son, Zac Johnson, in 2009. The on-and-off couple have a ‘complicated’ co-parenting relationship, which was shown on reality show R&B Divas Atlanta.

Back in 2014, Meelah had this to say about her relationship with Soulchild. “We co-parent but we’re together, we’re always together. It’s complicated. You’ll see him on the show—not like that. I believe I’ll tell you a bit more about our story. I didn’t want to bring him on because its hella confusing because we’re not married but we do live together. It’s very confusing. He didn’t want to come on but he only came on because he supports me and because I was talking about our son, he’s on to support me talking about the autism. And the studio, we did the studio scene. He’s showing that no matter what I got you as far as music and stuff like that.”

Zac, now 13, was diagnosed with autism at age one. At first, Kaamelah was hesitant to talk about her son’s diagnosis, but later changed her mind.

“Yeah, I didn’t want to talk about it at first, it took me a while to accept it,” she said during her 2014 interview. “I didn’t want to talk about it, I didn’t know how I felt. I went through a slew of emotions but then I thought about it like, ‘If you have this platform, why not help other parents who are going through this same thing, other young girls who may be embarrassed or not know where to go to get help, or may need to see somebody who looks like you going through the same thing.’ God gave me this purpose for reasons why not talk about it?”