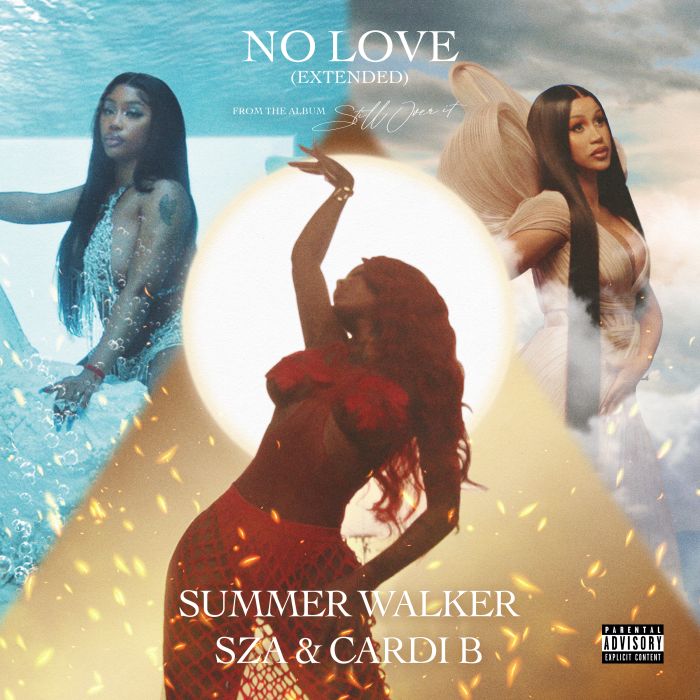 After weeks of loud whispers and teases, streaming supernova Summer Walker dropped the long-awaited video for her addictive SZA collab ‘No Love’ featuring Cardi B who shined alongside the enchanted R&Baddies in screen-lickably surreal scenes that sent fans into a frenzy.

Peep the dazzling visuals below:

The buzzy video features new Cardi vocals added to the extended version of the hit song that instantly lit up charts upon its debut last November before becoming the first song to dethrone Adele’s long-standing champ “Easy on Me.”

“No Love” debuted at No. 13 on the Billboard Hot 100 to become Summer Walker’s highest-charting hit to date.

The collab appears on Summer’s sophomore opus ‘Still Over It’ which broke the record for the most one-week streams ever by a female R&B artist while reigning as the first R&B album by a female act to top the Billboard 200 albums chart since 2016.

Those achievements, along with 18 Hot 100 hits from the project, powered Summer to be honored with the Chartbreaker Award at Billboard’s annual Women in Music celebration earlier this month.

SZA is also riding high with her own hit streak off the strength of “I Hate U” which jumped from a fan-favorite Soundcloud release to #1 on this week’s Billboard Rhythmic Airplay chart.

Among its feats, it entered at #1 on both Spotify and Apple Music US charts and broke the record for the most streamed R&B song by a female artist on Apple Music in its first week.

In addition to that certified smash, the hitmaking star also racked up two more top 10 Hot 100 hits in 2021 thanks to the 3x-platinum hit “Good Days” (her second solo top 10) and smash hit Doja Cat collab, “Kiss Me More.”

SUMMER WALKER & SZA fans sorry for the bad news….but trust me we going to have some fun! …see y’all at the YouTube LIVE premiere for NO LOVE music video at 11:45pm est …..please bring some weed or some liquor 🥃 LETS CATCH A VIBE …Let’s start the weekend relaxed pic.twitter.com/jZvWY5RZId

What’s your fave moment from the video? Tell us down below and peep the Twitter hysteria over Summer, Cardi and SZA’s ‘No Love’ visuals on the flip.

The way Cardi, SZA, and Summer looked good in that video bro pic.twitter.com/KG3e6BwY1T

“The way Cardi, SZA, and Summer looked good in that video bro” – bruhhhh