“It’s the same thing as showing his bottom for a newborn shoot.” 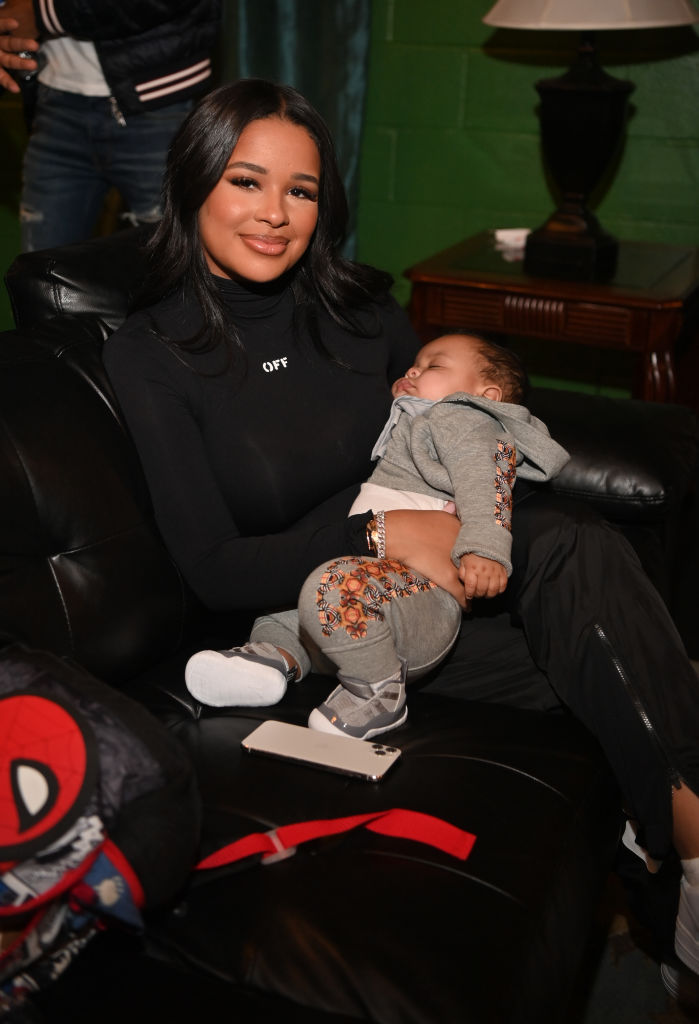 Taina Williams responded critics just like a proud mom would for shaming her over sharing photos with her son’s bare butt showing.

Taina Williams Addresses Criticism Over Essex Being Nude For Photoshoot

On Thursday, the expectant mother posted maternity photos featuring her kids’ father, G Herbo, and her 9 month old baby boy Essex. For the photoshoot, the two parents wore matching denim bottoms while posing in front of a white wall with baby Essex, showing off his bare backside in Taina’s arms as G Herbo caressed her pregnant stomach.

What was meant to be an intimate family memory quickly turned into a moment for Tiana to slam judgement. The 24-year-old influencer took to her Instagram story to address a number of comments she says she received over her baby’s diaperless bottom.

“Anybody that has something to say about my child’s bottom will get blocked because it’s my page, it’s my baby!” she affirmed.

“He’s a boy number one and two he’s a baby.” Taina then began to break down Essex’s age and why she believes there should be no issues with the maternity photos.

The photo in question on Taina’s page has already received over 600,000 likes.

Here is it, reshared by The Shade Room.

Taina and G Herbo announced news of their second baby back in December with a vlog of Taina sharing  a positive pregnancy test with the rapper who has one other son from a previous relationship.

Do YOU find anything Taina’s maternity shoot?