Tammy Rivera is updating fans about her and Waka Flocka Flame’s relationship status. 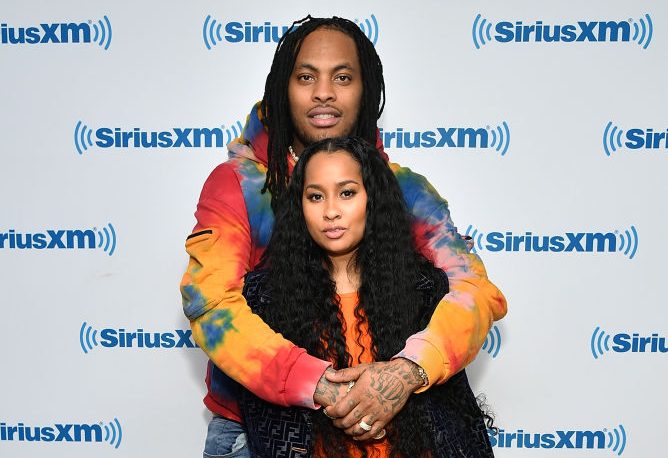 The Love & Hip Hop: Atlanta star took to Instagram Live this week to talk about her relationship with the rapper, confirming they split following rumors late last year.

Throughout her Live, Rivera insisted that her and Waka are still on good terms, and they’re still co-parenting her teenage daughter Charlie. Despite not being her biological father, Flocka has been a father figure to Charlie since she was young, which he’s keeping up with regardless of his split from Tammy.

“Waka and Charlie is good. Really good. They are together all of the time,” she told fans. “He just picked her up a cell phone without me knowing. I feel like we gotta co-parent… we didn’t even co-parent good when we were in the same damn household.”

Rivera continued, “It ain’t gon be no better now that we’re separated and in different households. He still do what the hell he wanna do. But that’s his baby so I understand.”

Before putting an end to her livestream, Tammy made sure to let fans know that she and her now-estranged husband are in a good place following their break-up.

“Y’all not about to Waka me to death with no damn questions talking bout Waka and all that stuff. I said the man fine,” she said. “Him and Charlie good. We good. We are not together and that’s cool. We’re good, we’re in good spaces.”

Rumors the couple had separated first emerged in July 2021, after Waka gave a birthday shout-out to Tammy that raised some eyebrows.

“With the whole world ahead of you and I don’t see life slowing down no time soon,” he wrote at the time. “Happy 35th luv. Be free Be Happy and live today to the fullest #happybirthdayTamBlam.”

These comments from Tammy serve as the first confirmation that the two have, in fact, called it quits.