D Smoke is back in business with a brand new visual. 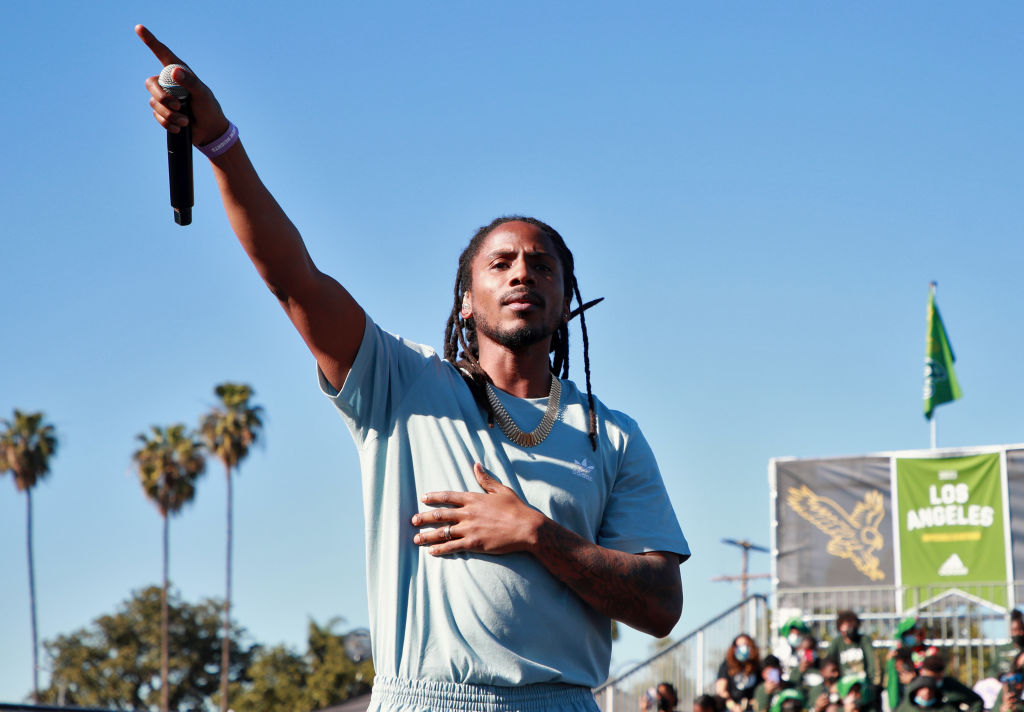 The West Coast rapper blessed fans this week with a new video for “Crossover” featuring Westside Boogie, a song off of his sophomore LP War & Wonders.

The visual, directed by Sergio, shows D Smoke making his way around his hometown of Inglewood while backed by a band. Throughout the course of the song, the bilingual musician makes his way through a basketball game, finds himself at a house party with Westside Boogie, and more to represent the city he loves.

“Everything crosses over,” the Grammy-nominated rapper said via a press release, according to Complex. “Day turns to night, seasons change, and tough guys turn coward in the right circumstances. The video shows how what started as a friendly game can go sour with just one crossover. But like we always do, we keep moving and party when it’s all said and done. Wood Stuff.”

Check out the music video for yourself down below:

Megan Thee Stallion Is Planning An Album And Tour In 2023