Cardi B is setting the record straight over her newest project, letting everyone know she’s not copying any of her colleagues. 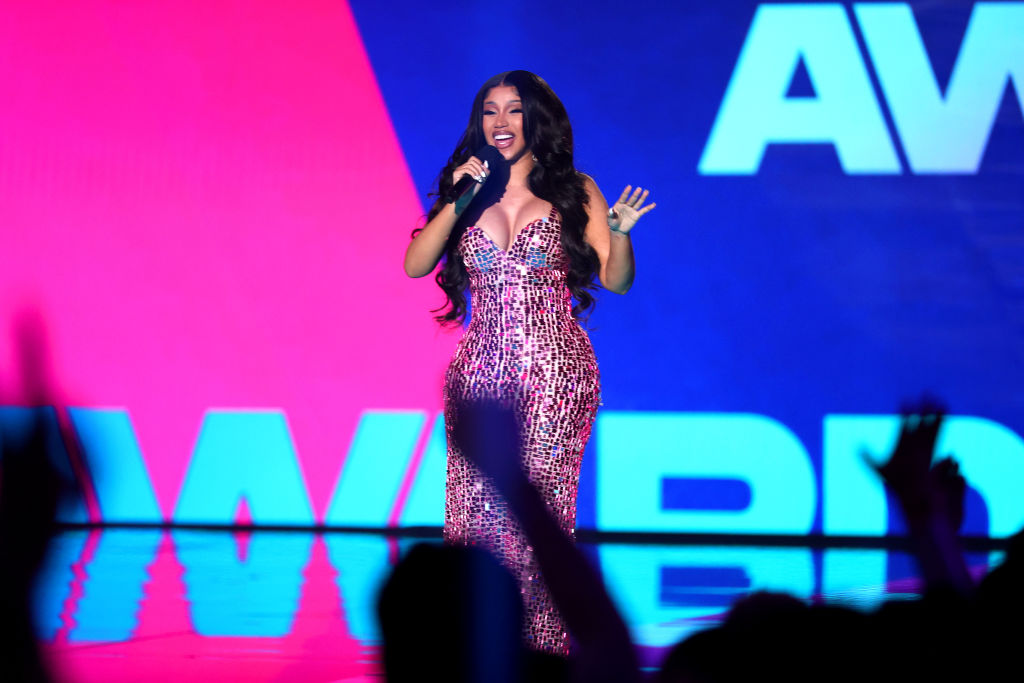 The “W.A.P.” rapper was recently spotted in The Bronx shooting a new music video for an upcoming collaboration with Kay Flock. Unfortunately for Bardi, the timing of the clip making its way to the internet comes just after Nicki Minaj was spotted shooting a music video for her latest single with Fivio Foreign.

It’s not hard to figure out what happened next: Fans immediately started to push the narrative that Cardi was only trying to hop onto a drill song because of Nicki, whom fans are constantly pitting against each other. Now, the mother of two is making it clear that she’s not copying anyone.

Amid the comparisons, Cardi pulled out some receipts to prove she’s been working on her collaboration with Kay Flock for months, with screenshots showing that she’s been in talks with the rapper’s manager since January.

In the screenshot, Cardi can be seen showing love to Flock, revealing that she and his manager were discussing the collaboration in late February, which was weeks before Nicki announced her song with Fivio.

“Y’all be trynna play wit my body like I won’t come wit receipts,” she wrote. “My bad I had to rehearse for a movie for 2 months , shoot Facebook,go to Europe and close deals MY BAD @dougieb___ and cardi was in LA workin and we finally in NY our home to shoot this [fire emoji]! Don’t play wit me I Move on my timing and I BEEN DONE THIS …talk all y’all shit make sure y’all tune in to TOUCH THE GROWN !!! And FREE F****N KAY FLOCK!!”

She also shared several old photos of her donning red, proving she’s not new to this.

“I be trying to be nice and I be trying to keep peaceful but y’all not gonna keep f***in’ playin’ me,” Cardi said in her video. “So I don’t understand why y’all be trying to make it seem like, what? And second of all, don’t even try to motherf***in’ play me. … I’ve always been doing videos like this.”

Of course, the Bronx native didn’t mention Nicki Minaj by name, but she wants her fans to know she’s not copying anyone.