Kevin Hart is enjoying the good times with his wife, Eniko, and kids. The celebrity father recently shared pictures of his family with Instagram fans. 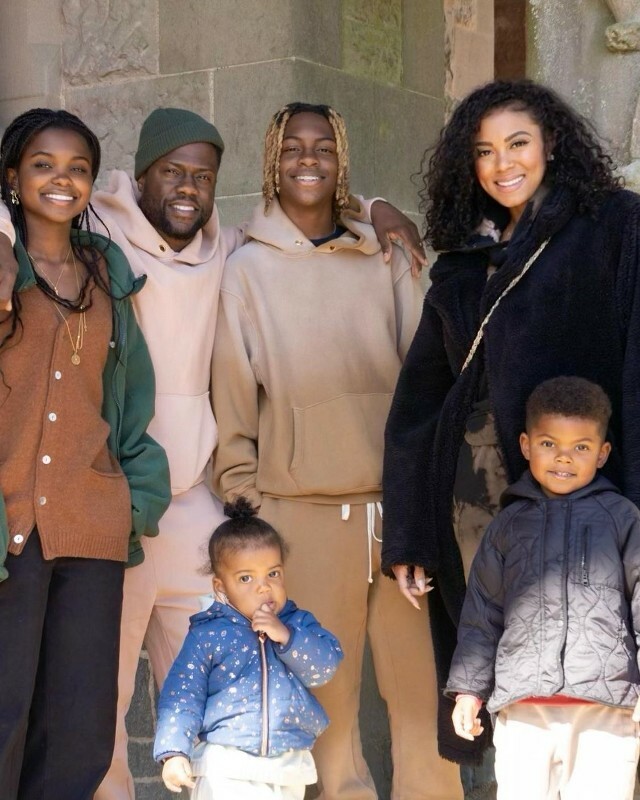 Kevin was surrounded by love in both pictures he shared online. One candid featured the celebrity father standing in front of his oldest son, Hendrix, who towered over his dad in the shot. Both Hendrix and his older sister, Heaven, were photographed along with their father in another picture. Kevin’s younger children, Kaori and Kenzo, were the epitome of precious while being held by their parents. 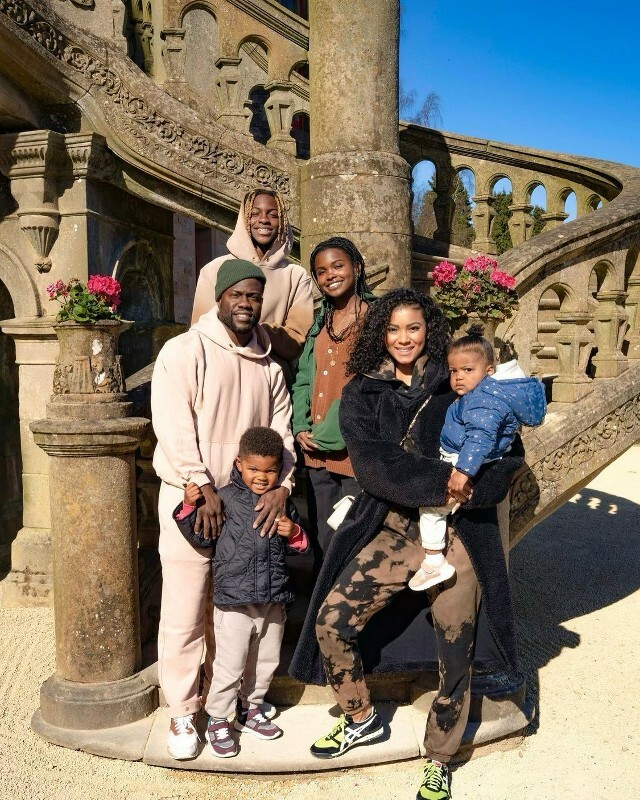 “Beautiful family,” Viola Davis wrote in the comments section of Kevin Hart’s post. Another fan agreed by saying, “I watched one of his old stand-ups the other day, the one where at the end he brought his kids out, and they were still little babies. This makes me happy.”

Kevin Hart’s kids are certainly growing by leaps and bounds. It was just a few weeks ago that the celebrity father took to Instagram to celebrate his oldest daughter’s seventeenth birthday. Some fans were brought to tears after watching Kevin’s tribute, which included throwback video clips of Heaven when she was a little girl.

“This is so sweet,” one fan said of the tribute. “I’m not crying,” another social media supporter exclaimed. “You are!”

Heaven and Hendrix are Kevin Hart’s kids with his first wife, Torrei Hart. Kaori and Kenzo are Kevin and Eniko’s children together. It was just last year that Kevin expressed his excitement about being a father of four kids.

“We’re in love with all the little ones that we have now,” Kevin said of his and Eniko’s joy in parenthood. “I mean, we got teenagers and two toddlers,” Hart added. “It’s the perfect separation of age,” the celebrity father shared. “It’s the perfect household. It’s everything that you would think it is plus more.”

Previous articleNas ‘I Can,’ ‘One Mic,’ ‘Made You Look,’ And ‘Rare’ Grammys Performance 2022
Next articleOlivia Rodrigo Broke One Of The 2022 Grammy Statues She Won