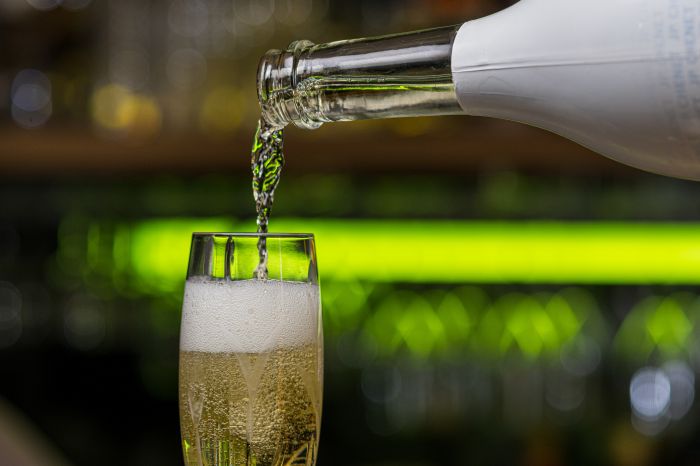 So, listen: Sometimes, we older folks can be tough on the youth and youth culture. Often, we’re old fuddy-duddies mistaking our out-of-touch-ness for evidence of a degenerative culture where common decency erodes, and debauchery prevails. Usually, we’re wrong, and we need to let young people live.

But sometimes—sometimes, young people are having funeral club parties while something that may or may not be a dead rapper’s body propped up on display.

Bruh, what is happening here?

According to Meeaw, a funeral “party” took place Sunday at Bliss nightclub in Washington DC in honor of DMV rapper Goonew who was killed in Maryland in March. Video footage taken at the party shows Goonew’s dead body hanging in a standing position over the stage. At the same time, partygoers celebrated in what many on Twitter consider a tasteless, disgusting, and just plain weird excuse for a funeral.

Now, some on Twitter claimed Goonew’s family approved the display and that the approval makes it OK, while others weren’t buying it because—ain’t no way.

Still, some supported the event and called the rest of us “close-minded” for looking at it like it’s the worst Thriller video knock-off we’ve ever seen and wondered who the hell authorized this nonsense.

Since receiving a ton of backlash over the viral clip, Bliss Nightclub in D.C. has since issued a statement apologizing to whomever the clip may have offended.

“Our deepest condolences to Goonew’s family, friends, and fans,” reads the statement. “Bliss was contacted by a local funeral home to rent out our venue for Goonew’s home-going celebration. Bliss was never made aware of what would transpire. We sincerely apologize to all those who may be upset or offended. Please keep Goonew’s family and friends in your prayers at this difficult time. Respectfully, Bliss DC.”

Yeah, folks can justify this sh** all they want, but at the end of the day, a Black body hanging anywhere will and should raise negro eyebrows of all generations.

Of course, it should be noted that there hasn’t been any confirmation that it was Goonew’s body hanging over the stage and not a mannequin of some kind. But either way, I’m going to have to be an old fuddy-duddy on this one. Nah, get off my lawn with this craziness.