Will Cusses His Deadbeat Dad Out In ’Bel-Air’ Finale, Shatters Twitter 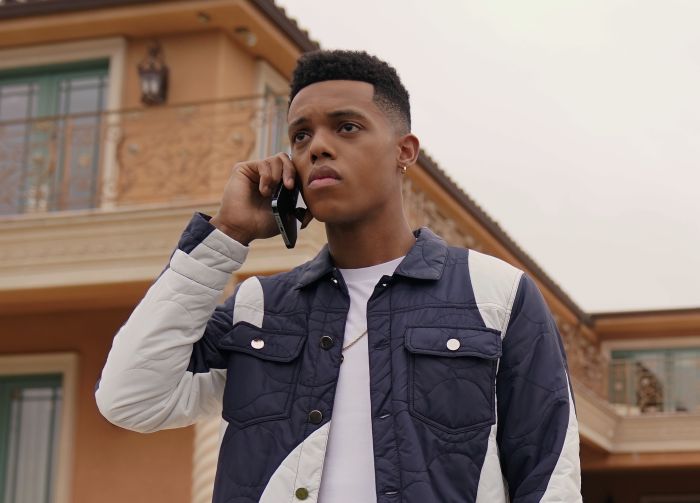 We’re still reeling from the buzzy ‘Bel-Air‘ season finale where Will cussed his deadbeat dad Lou (played by Marlon Wayans) smooth out in a powerful scene that left viewers in emotional shambles.

Now this is ACTING and we felt every emotion of it! @JabariBanx and @MarlonWayans did that!

Just give ‘Bel-Air’ their Emmy now for this amazing season! 👏🏾

For weeks, we braced for a shocking secret that could potentially tear the Banks family apart but nothing could prepare us for Will DRAGGING his dad who we learned was locked up for most of his son’s life.

Before the messy confrontation, Will’s mom and Uncle Phil led him to believe that his dad abandoned him when, in reality, he didn’t want his son to see him behind bars.

Understandably hurt by his family’s lies, Will mirrors the original Fresh Prince’s anger in the iconic scene where he confronts his deadbeat dad before breaking down and being comforted by Uncle Phil.

Fresh Prince “Will” let Lou slide but #BelAir “Will” was not having it! pic.twitter.com/muHNQqPJqk

In that classic Season 4 episode, Will’s dad (played by Tony-winner Ben Vereen) pops up and gets his estranged son’s hopes up before ditching him again in one of the greatest dramatic scenes in sitcom history.

“Our take on the show is a lot bigger than just Will’s POV,” said co-showrunner T.J. Brady in an interview with Variety. “We wanted to involve Aunt Viv and his mother Vy. We created a lie that they had told the four-year-old boy, and could never decide when would be the right time for them to come clean. You don’t want to tell a four-year-old, “Your father’s in jail.”

We had people in our writers’ room who had observed that and the damage it did to young children. So we wanted to give Lou some agency, deciding, “I don’t want him to see me like this.” But when do you tell him? Is it OK to tell a five-year-old? Six-year-old? Seven? They missed an opportunity when Will asked to be told, and they decided collectively to not tell him the truth. And now we want to play the repercussions of that.”

How do you feel about that scene between Will and Lou? What would you want to see in Season 2? Tell us down below and peep the Twitter hysteria over the explosive Season Finale on the flip.

i never would have expected will’s father to be played by marlon wayans lol. i think he is the best actor out of the whole wayans family. i feel that he is very underutilized as a dramatic actor. the way he steps into his dramatic roles is surreal. bravo 👏🏾👏🏾👏🏾#BelAir pic.twitter.com/45Fg4jA4Ab

“i never would have expected will’s father to be played by marlon wayans lol. i think he is the best actor out of the whole wayans family. i feel that he is very underutilized as a dramatic actor. the way he steps into his dramatic roles is surreal. bravo 👏🏾👏🏾👏🏾#BelAir” – he did his thing

Meek Mill’s ‘God Did’ Freestyle Aims At A Towering Stature