The Kardashian family celebrated their upcoming HULU show at the black carpet premiere at Goya Studios on Thursday night. 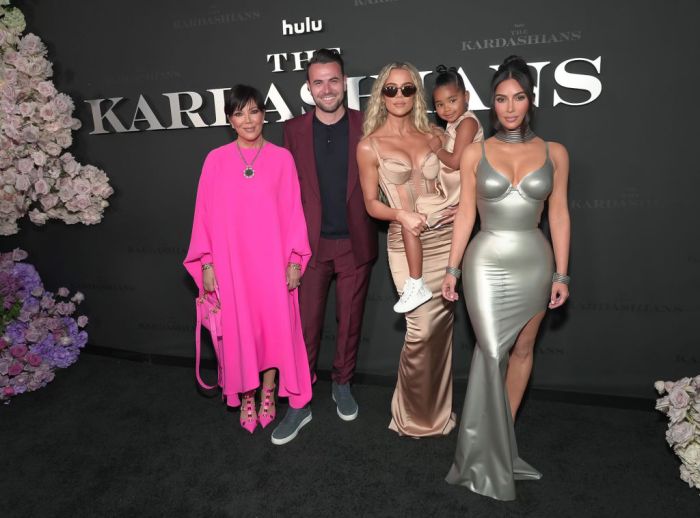 The three most enthusiastic to be making money members of the family (Kris Jenner, Kim Kardashian and Khloe Kardashian) as well as Khloé’s daughter True, posed alongside producer Ben Winston. 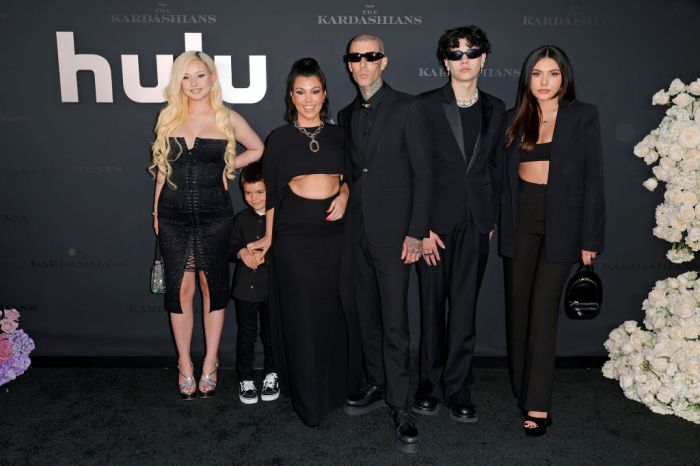 The event was quite a blended family affair for the famous family — particularly Kourtney, who showed up with her fiancé/unlicensed hubby Travis Barker, her and Scott Disick’s son Reign and Barker’s kids Alabama and Landon Barker and Atiana De La Hoya. 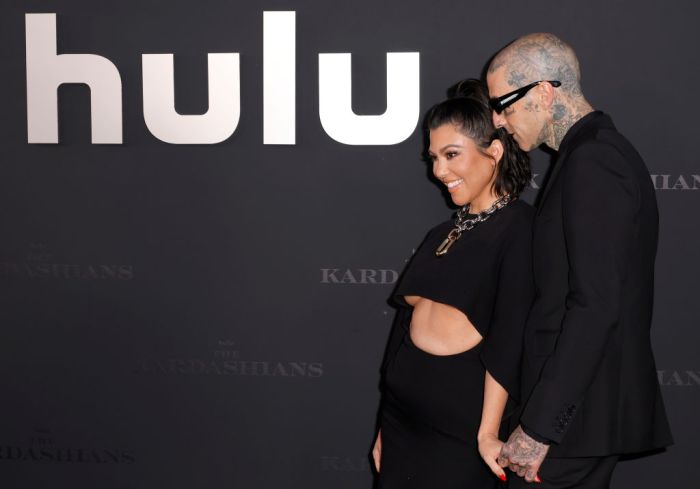 It’s been a super eventful week for Kravis, who made headlines for hitting up a Vegas chapel Sunday for a quickie wedding following the Grammys, although Kourtney told Jimmy Kimmel during the show’s promo press run this week that they weren’t just attempting a practice run, they just weren’t able to secure a license. 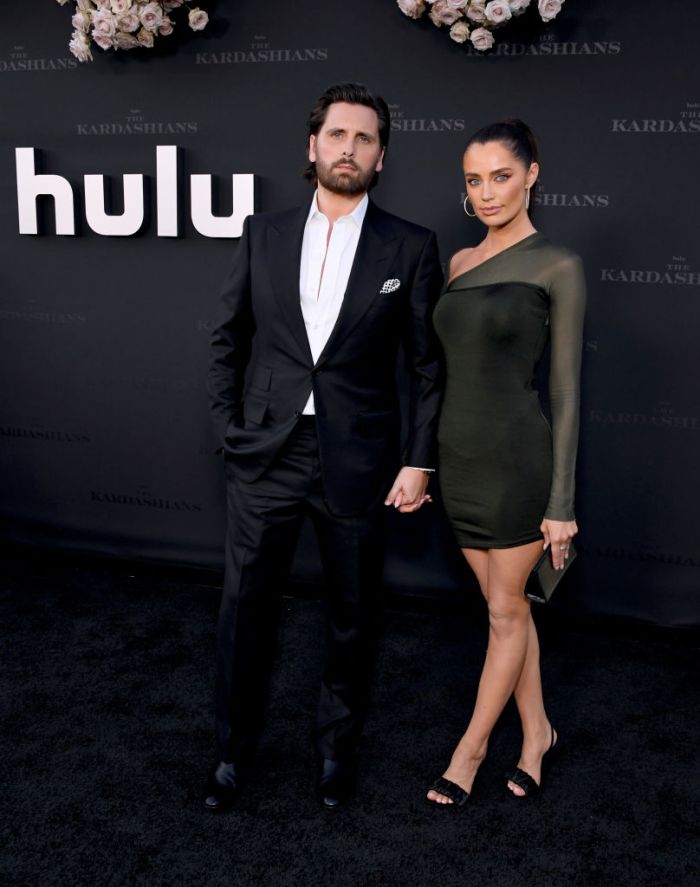 Considering the big buzz around Kourtney and Travis, we were slightly shocked to see Scott Disick at the premiere with his newest model girlfriend, Rebecca Donaldson. The pair made their first carpet appearance together, and Scott held it together BUT if you ask us he definitely looks like he might throw up, or fall apart at any moment. 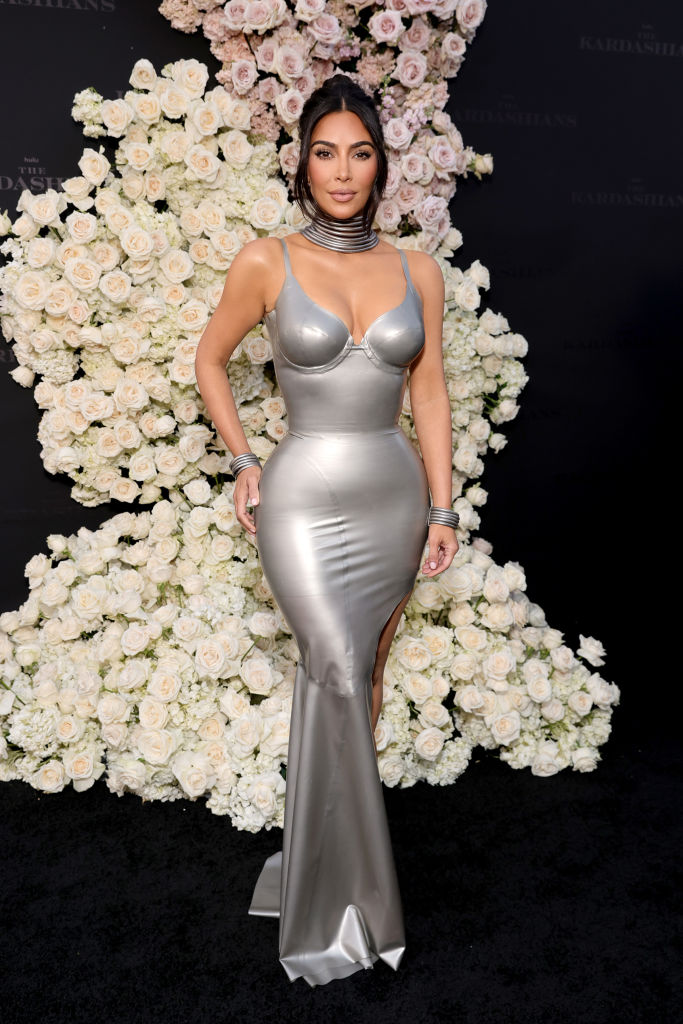 Speaking of blending — while she stood zero chance of blending in while wearing a body-hugging silver Thierry Mugler latex dress — Kim did arrive at the event holding hands with her boo Pete Davidson. 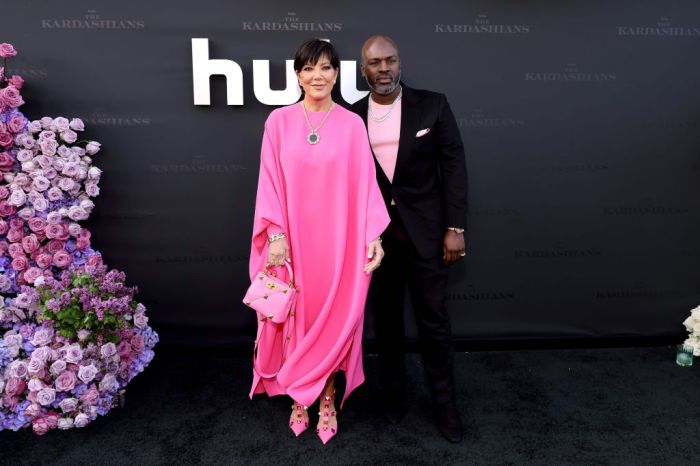 Kris was pretty in pink alongside boyfriend Corey Gamble 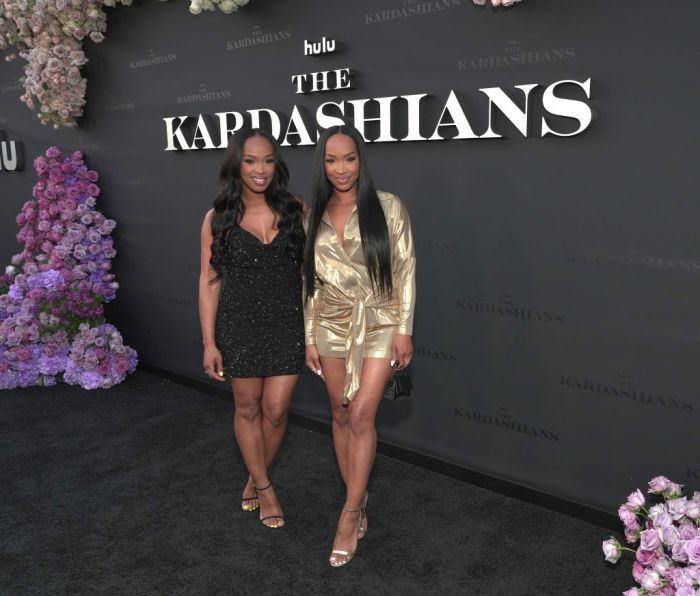 Khloé’s best friends and show regulars Malika Haqq and Khadijah Haqq McCray (or The Malikas as @norisblackbook likes to call them) came through looking cute. 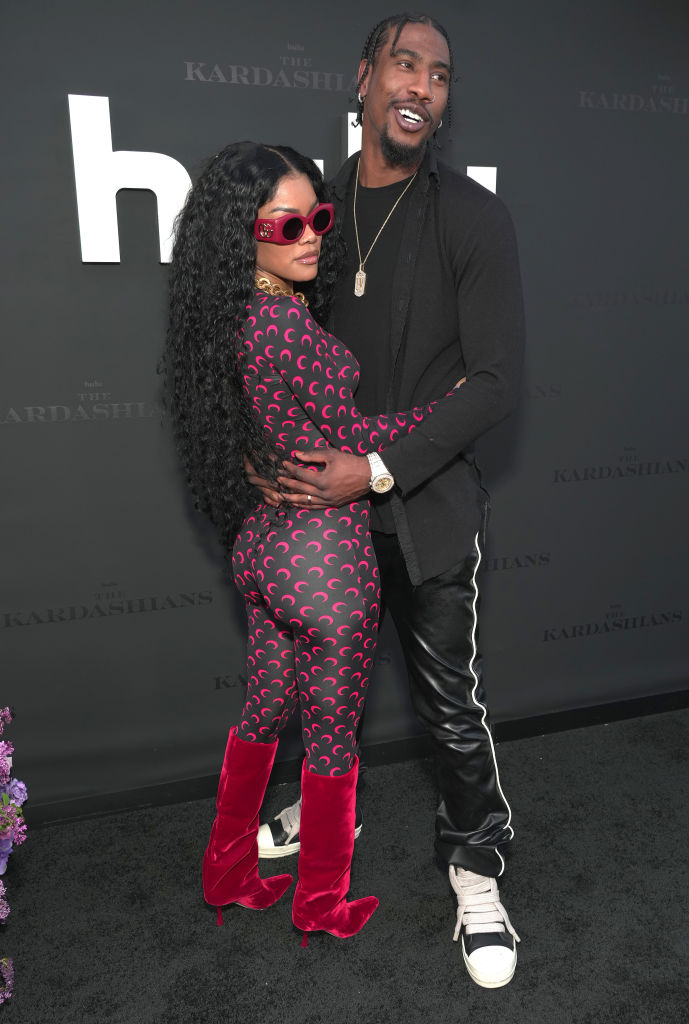 Teyana Taylor and Iman Shumpert brought their black love to the black carpet.

There were also an array of other Kardashian-adjacent folks there including Food God (formerly known as Jonathan Cheban), Natalie Halcro, Olivia Pierson and Nicole Williams English (from E!’s ‘WAGS’) and Kylie’s good friend Yris Palmer. Speaking of Kylie, she made her first carpet appearance since giving birth in February, wearing a white latex look that accentuated her stunning mommy body, but she was so late for the event that she missed the Getty photographer, but you can see her photos HERE.

‘The Kardashians’ premieres on Hulu (and Disney + internationally) on April 14. Will you be watching?