‘The Man Who Fell To Earth’ Episode 9 Sneak Peek


Have you been keeping up with “The Man Who Fell To Earth”? 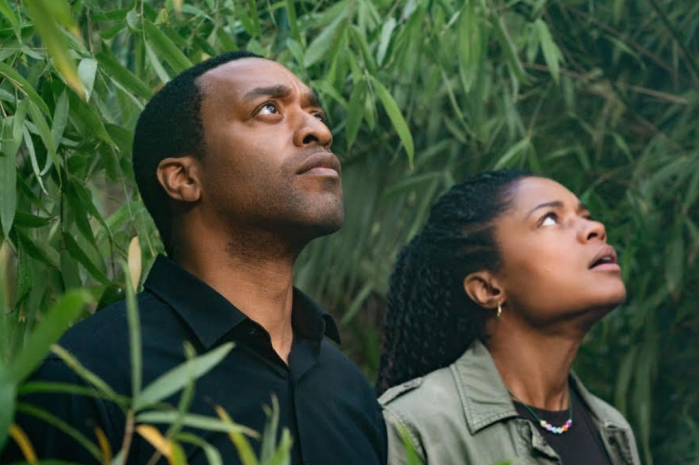 The weekend is here and you know what that means! We’re almost to the finale of Showtime’s ‘The Man Who Fell To Earth!’

If you haven’t been watching “The Man Who Fell To Earth” follows a new alien character who arrives on Earth at a turning point in human evolution and must confront his own past to determine our future. Starring Chiwetel Ejiofor and Naomie Harris along with Jimmi Simpson, Rob Delaney, Sonya Cassidy, Joana Ribeiro, Annelle Olaleye, Kate Mulgrew, Clarke Peters, and Bill Nighy, it’s based on the Walter Tevis novel of the same name and the iconic film that starred David Bowie.

We’ve got an exclusive clip from episode 9 airing this Sunday. According to the show’s synopsis, during episode 9 Faraday and Justin must battle with rogue CIA operative Spencer Clay for their very lives.

“The Man Who Fell To Earth” Episode 9 Preview Clip

In the clip from Sunday’s episode of “The Man Who Fell To Earth,” Spencer (Jimmi Simpson) interrogates Faraday (Chiwetel Ejiofor) and discovers there isn’t much of anything that will get past him.

Faraday seems unaffected as his captors attempt to torture him with cigarette burns. Spencer puts an end to the torture and decides to question Faraday himself.

“You thought you were going home?” Spencer asks.

“Someone lied to you and we’re the same,” Faraday tells him. “Someone is lying to you.”

“Nobody lies to me,” Spencer responds.

“My internet?” Spencer asks. “You mean the whole internet?”

“Okay so you know everything I’ve ever read, every seen,” Spencer comments.

“I know everything you’ve ever loved,” Faraday responds.

Spencer backs away, in shock.

This clip is from the show’s upcoming June 26th episode is titled “AS THE WORLD FALLS DOWN”; will YOU be watching?

“The Man Who Fell To Earth” airs every Sunday on SHOWTIME.

Previous articleDISNEY CHANNEL RETURNS TO ZOMBIETOWN, ONCE AGAIN, FOR “ZOMBIES 3”
Next articleSUMMER WALKER WISHES SHE HAD ‘PAID MORE ATTENTION’ BEFORE HAVING A BABY WITH LONDON ON DA TRACK