A video of Megan Thee [Thick & Thaaaaaangin’] Stallion’s copious cakes boisterously bouncing is hypnotizing the Internet into a thirst typhoon. 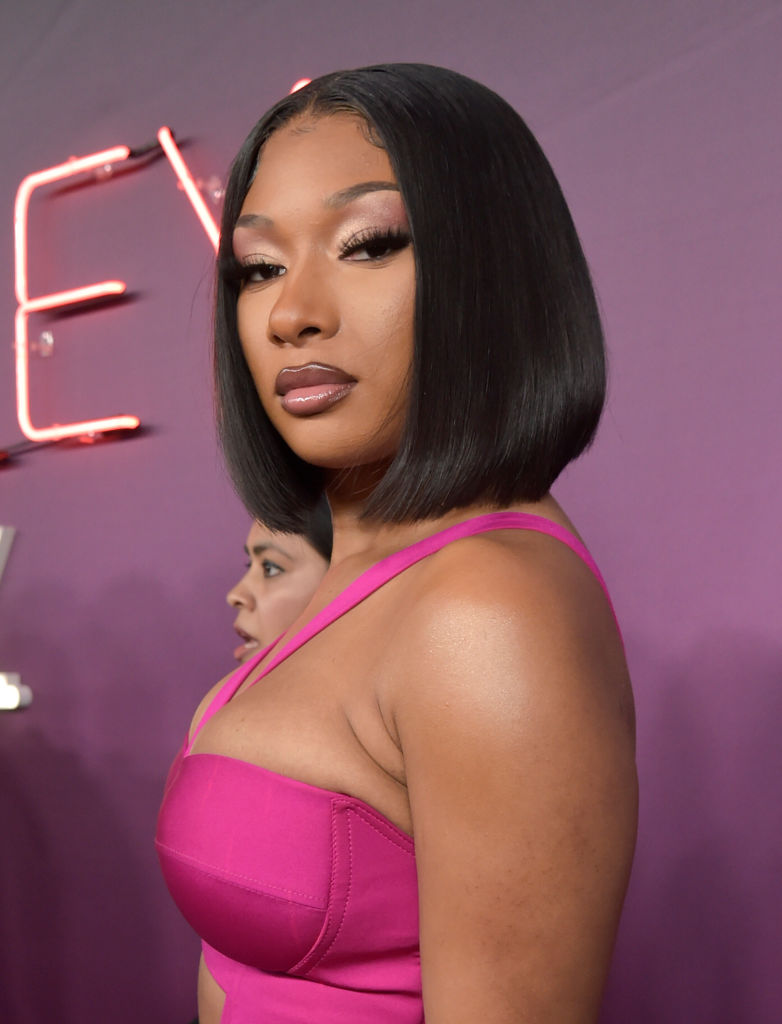 The rapper has been the subject of chatter for hourssss after she posted a video of her ample assets slapping together [terrifically] for a friend. Who is the friend in question and why is it not US?

Of that, we’re unsure.

“All home grown from da mf soufffff🍑,” the Houston hottie captioned the video.

The video was actually from an Instagram Live where Megan twerked for a friend and gave them a lap dance. Also during the Live she sang along to Katy Perry’s “Thinking Of You” and she actually caught Katy’s attention.

While Katy was focused on Meg signing her song, other celebs went crazy in Megan’s comments over her twerk skills.

On Twitter, the praise continued as people weighed in and several wished they were her “Suga” smitten boyfriend Pardison Fontaine.

This is obviously FAR from the first time that Megan Thee Stallion’s twerk skills have gone viral, but several people think this is clearly her best [twerk] work yet.

What do YOU think about Megan Thee Stallion’s Internet-shattering twerk video?

Previous articleFuture Hangs Out In Little Havana In His ‘Holy Ghost’ Video
Next articleR. Kelly Sentenced to 30 years in Prison