During the 2022 Essence Festival of Culture, a talk show titan basked in the beauty of the experience while reflecting on her show. 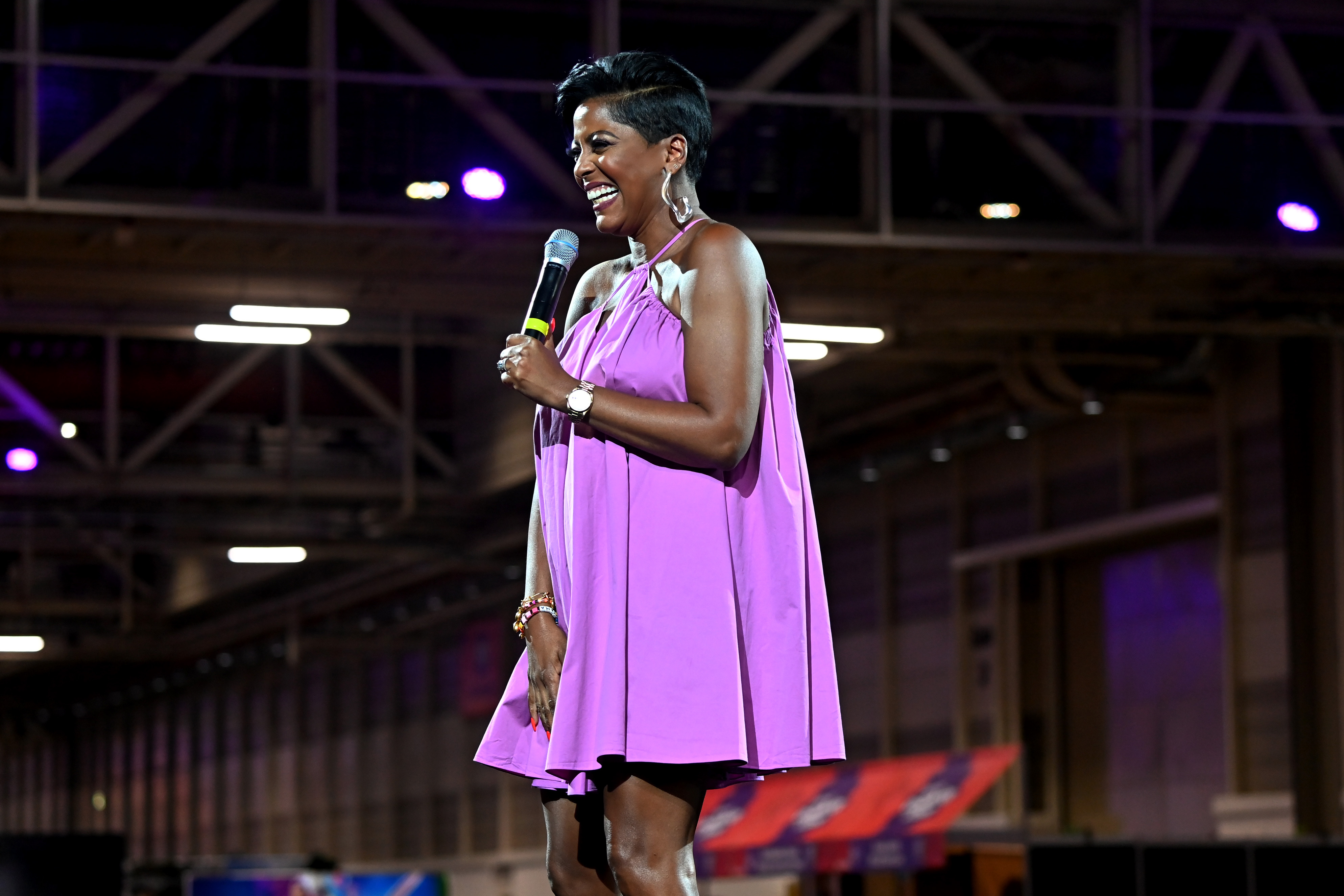 Tamron Hall who was on hand for the annual event that’s been on hiatus since 2019, was rightfully beaming while discussing her second Daytime Emmy Award win for her eponymous talk show. The honor is especially noteworthy as it marks the second time in three seasons she’s taken home an Emmy. Her 2020 Emmy win also marked the first time since the award’s 2015 inception that a freshman host was the recipient of that honor.

“It’s humbling,” a sparkly-eyed Hall told BOSSIP of her Outstanding Informative Talk Show Emmy win. “It’s humbling, especially amongst your peers, because we know that we’re peers, we’re also competitors. And when people who are competing against you for eyes and ratings acknowledge your work, it’s always humbling–but nothing is more special than the Tam Fam,” the host who was celebrating the slate of ABC programming backstage added.

“I’m walking around Essence Festival and everybody’s like, ‘I remember the Tam Fam!’ Nothing compares to having people who are like my mom, my aunts, my cousins, my friends say what we’re doing every day makes them proud or that they watch it every day. Even if they’re watching for the fit; “It’s the fit for me,” as somebody just said. I’m okay with it because that’s why we’re doing this show, to represent the very women who are under this roof right now at Essence Festival.”

Hall then opened up about the #Blackgirlmagic that we were witnessing at  the New Orleans’ Ernest N. Morial Convention Center and discussed in particular, how the women at Essence were connecting over shared experiences.

“You know I’ll tell you, I think about the Black girl hard work,” said Hall who’s at work herself prepping for the season 4 premiere of The Tamron Hall Show. “We have so many shared experiences in our different workplaces, in our different lives, as moms, as sisters, as friends, and when you can be in a location and talk about all of that and somebody say, ‘That’s me too,’ or ‘I’m going through that as well,’ or ‘This is how I started my business.’ So we can pass along things that have worked, and we can pass along joy and support. That’s what’s so special really about it.

“I remember the first time I went to Essence Festival, I think it was the second year, I grew up being a fan of Susan Taylor and the whole brand of Essence. And now, to come back as somebody that is looked up to in our community by what I do, is my gift back because of the gifts that I’ve received attending many Essence Festivals.

“So, it’s very special to be here and to just share our journeys,” added the host who described the Essence experience as an “inspiring, relevant, affirming, liberating, and joyous form of gospel.” “But most importantly, which I like this year, is to share our joy. Because I don’t want to just talk about how hard it is, I want to talk about how great it is. And I love that.”

After our chat, Tamron would later be spotted photobombing fans… 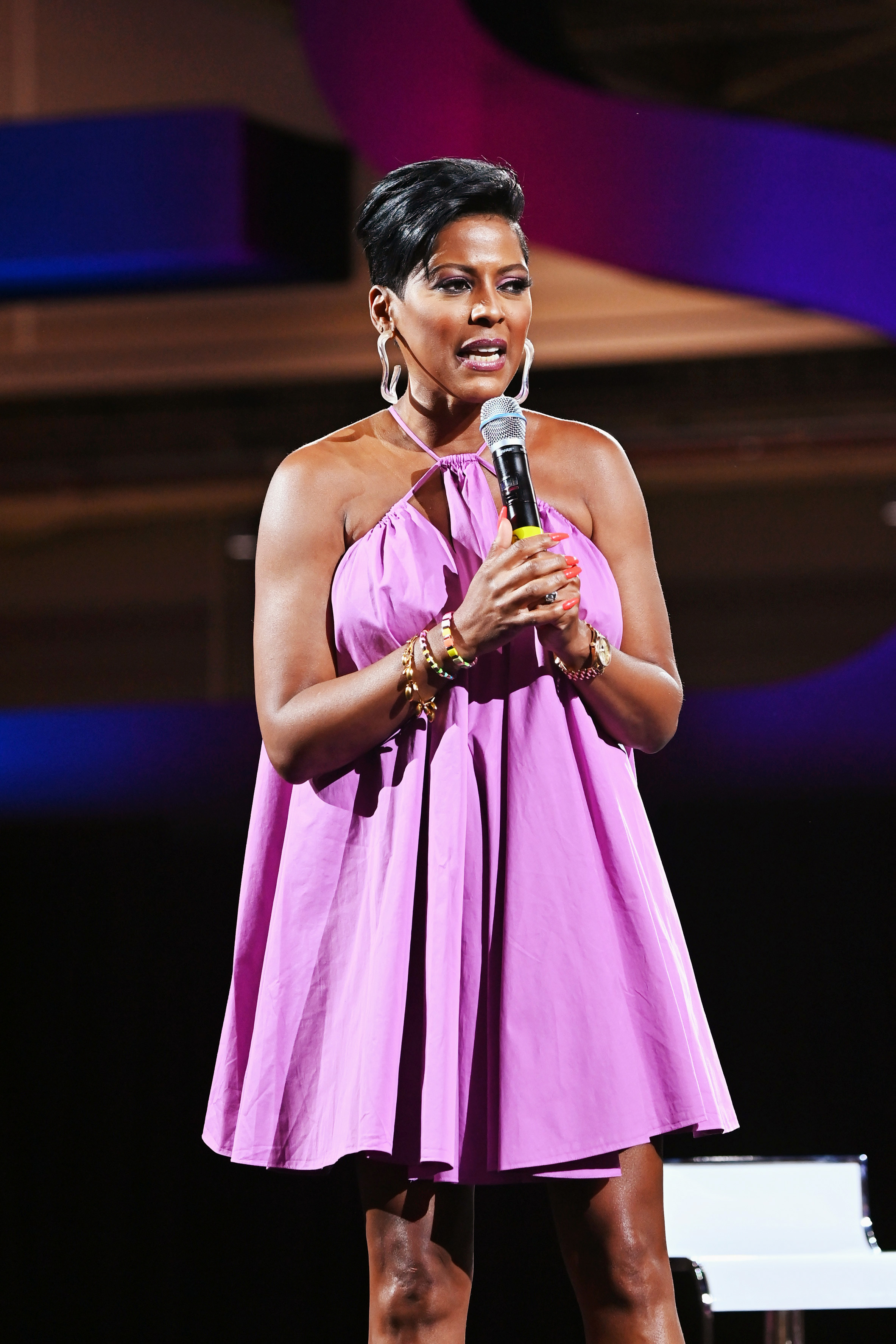 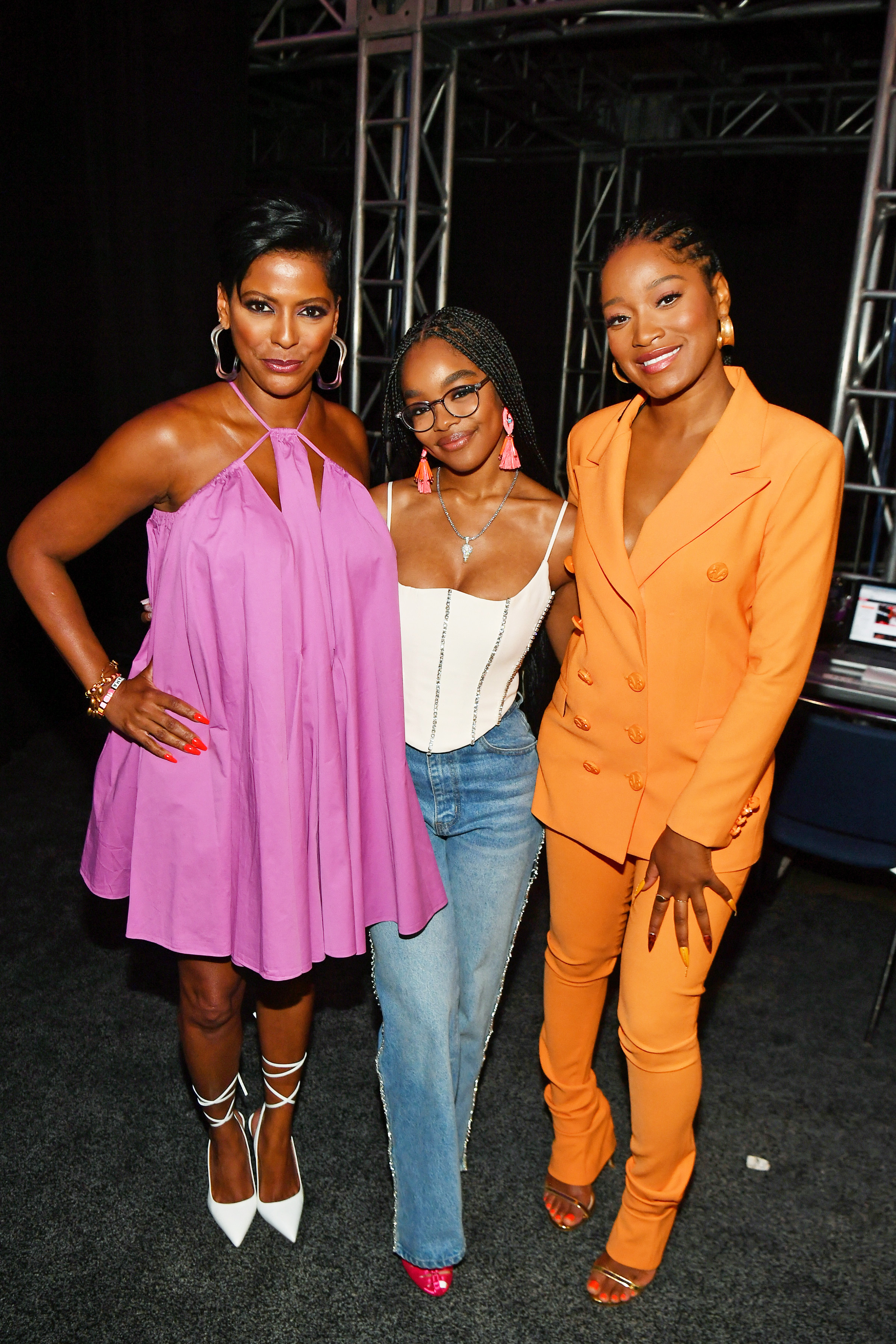 but ahead of that, she left BOSSIP with final words about The Tamron Hall show ahead of its season 4 premiere on Tuesday, September 6.

“Our fourth season will be a continuation of the incredible energy and conversation,” said Hall. “We really have hit our sweet spot. And to have these two seasons, we got picked up for two seasons back to back, and to know that we can talk about serious things and then go into laughter, and love, and relationships, that’s what we do.

So we’re going to continue what the Tam Fam says worked. What did my mama say? ‘If it ain’t broke, don’t go and try to fix it.’ We’re just going to make it better!”

Were you blessed with a photobomb by Tamron Hall at Essence?

Let us know below what you thought about this dynamo’s Essence Fest experience in the comments.

Previous articleYNW Melly Won’t Get The Death Penalty If Convicted Of Murder
Next articleAnderson .Paak Joins Domi & JD Beck On ‘Take A Chance’