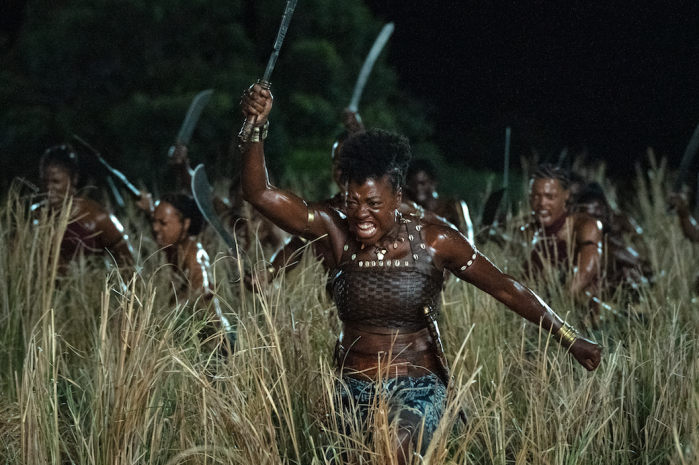 Oscar-winner Viola Davis stars in the remarkable story of the all-woman unit of warriors who protected the African Kingdom of Dahomey in the 1800s with skills and a fierceness unlike anything the world has ever seen. 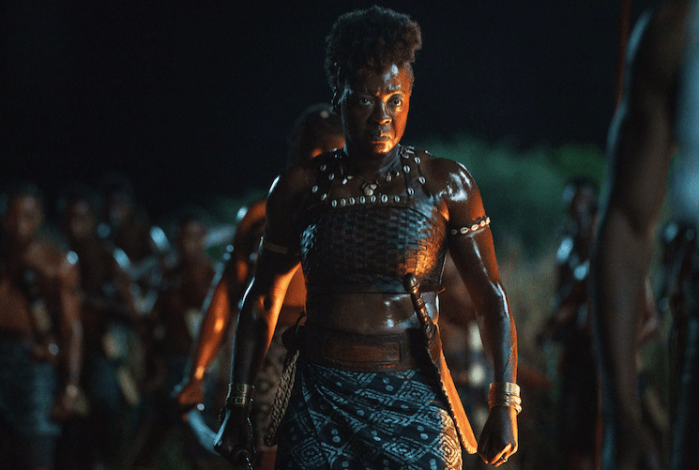 Inspired by true events, ‘The Woman King’ follows the emotionally epic journey of General Nanisca (Viola Davis)–leader of the Agojie–as she trains the next generation of recruits for battle against an enemy determined to destroy their way of life.

“We started intensely a few months before shooting—four hours a day, five days a week,” said Davis in an interview with Vanity Fair. Weight training, sprinting, martial arts, and weaponry training for the machete. I like to say that I was the OG warrior. [Laughs.]

I’ve never had a role like this before. It’s transformative. And to be a producer on it, and to know that I had a hand in bringing it to fruition…. There’s always a vision you have for your career, but there are very few roles as an actress of color. Dark skin with a wide nose and big lips. I’m just gonna continue to say it. Those stories are extraordinarily limited.”

Peep the screen-smoldering trailer below:

“The Woman King will tell one of history’s greatest forgotten stories from the real world in which we live, where an army of African warrior women staved off slavery, colonialism and inter-tribal warfare to unify a nation,” said Producer Cathy Schulman when the project was first revealed.