Sanaa Lathan Stars In Directorial Debut ‘On The Come Up’


When did you fall in love with Hip-Hop? 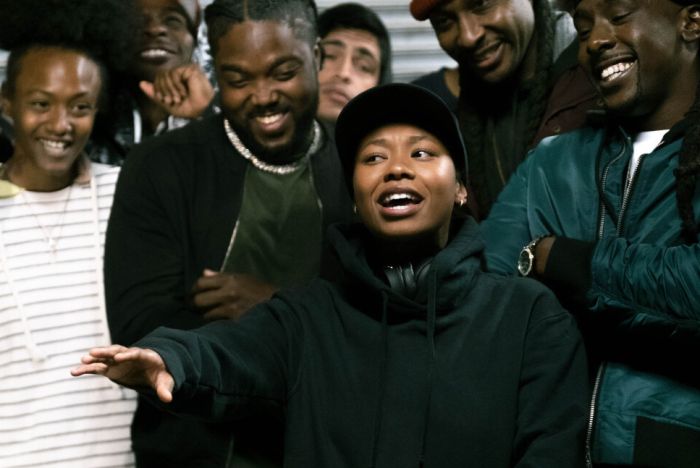 Paramount+ is stepping into the battle rap arena with upcoming original film ‘On The Come Up’ that will premiere at the 2022 Toronto International Film Festival next month.

Based on the New York Times’ #1 best-selling novel by Angie Thomas (‘The Hate U Give’), ‘On The Come Up’ is the feature directorial debut of Emmy-nominated actress Sanaa Lathan who also stars in the buzzy film alongside Mike Epps, Da’Vine Joy Randolph, Lil Yachty, Cliff “Method Man” Smith, Miles Gutierrez-Riley, Justin Martin, Titus Makin, Michael Cooper Jr., GaTa, and more.

Starring newcomer Jamila C. Gray, ‘On The Come Up’ is the story of gifted 16-year-old rapper Bri who attempts to take the battle rap scene by storm in order to lift up her family and do right by the legacy of her father–a local hip hop legend whose career was cut short by gang violence.

But when her first hit song goes viral for all the wrong reasons, she finds herself torn between the authenticity that got her this far and the false persona that the industry wants to impose upon her.

“We are thrilled to bring a truly inspiring film about fighting for your dreams to the service this fall,” said Tanya Giles, Paramount+’s chief programming officer in an interview with Deadline. ‘On The Come Up’ is a moving love letter to hip hop and an entertaining film for all ages.”

‘On The Come up’ premieres exclusively on Paramount+ in the U.S., Canada and Italy on Sept. 23.

Previous articleWhat Did Aries Spears Say About Lizzo?
Next articleMegan Thee Stallion Wants In On Rumored ‘Bring It On’ Reboot