We’ve got a treat for you from Apple TV+ series “SEE”. 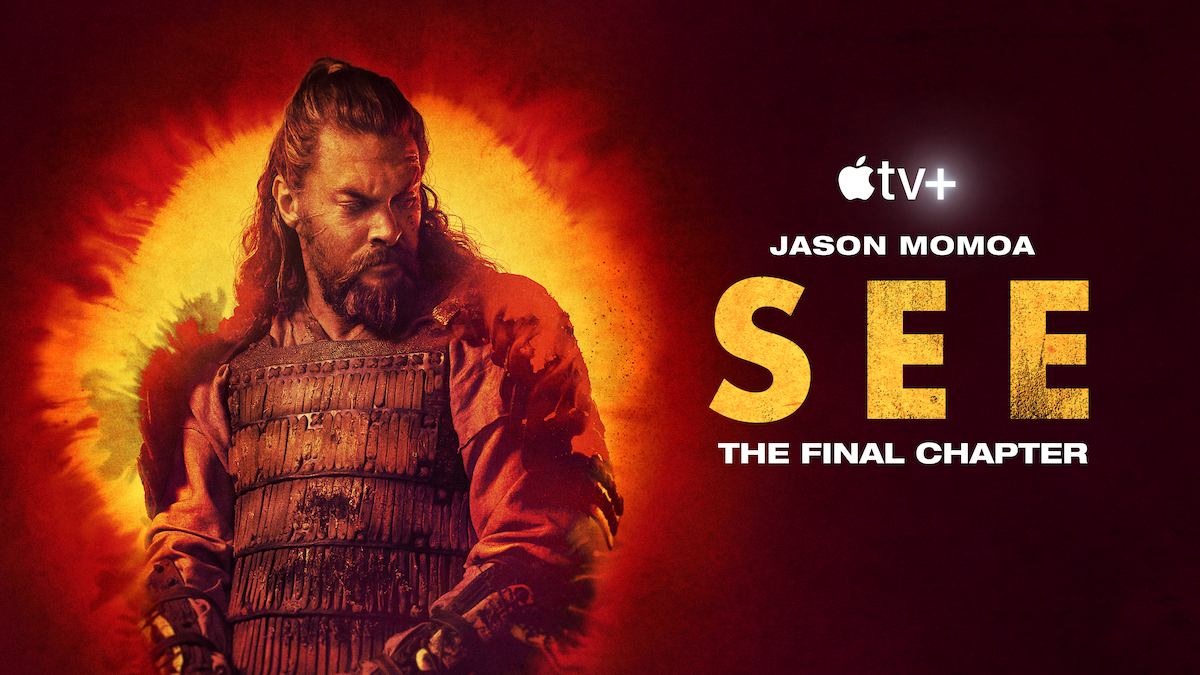 We’ve got an exclusive clip from Friday’s upcoming episode of “SEE,” which is titled “Captives Of Chaos”. “SEE” is a story set in a post-apocalyptic dystopia in the distant future where a blind tribe believes that two of its children have the mythical power to see. In the clip, Baba (played by Jason Momoa) threatens Queen Kane (played by Sylva Hoeks)

Whew that was intense!

“SEE” is set in a brutal and primitive future, hundreds of years after humankind has lost the ability to see. In season three, almost a year has passed since Baba Voss (Jason Momoa) defeated his nemesis brother Edo and bid farewell to his family to live remotely in the forest. But when a Trivantian scientist develops a new and devastating form of sighted weaponry that threatens the future of humanity, Baba returns to Paya in order to protect his tribe once more.

It’s definitely an epic show and we’ll be sad when this season comes to an end. For those who aren’t already aware, the series also features cast and crew members who are blind or have low vision, who help bring this inclusive and authentic world to life.

Here’s what to expect from the “Captives of Chaos” episode:

Wren arrives in Pennsa and shares information about Tormada’s plans. Tamacti Jun tries once more to quell the Witchfinders’ insurgency.

Previous articleALEXIS SKY’S DAUGHTER, ALAIYA GRACE, IS PREPARING FOR HER COMPANY’S DEBUT
Next articleEminem Explains Why He Nixed The Rumored ‘Relapse 2’ Album