Cardi B sat before a judge Thursday and admitted her guilt in a 2018 Flushing, Queens strip club attack. 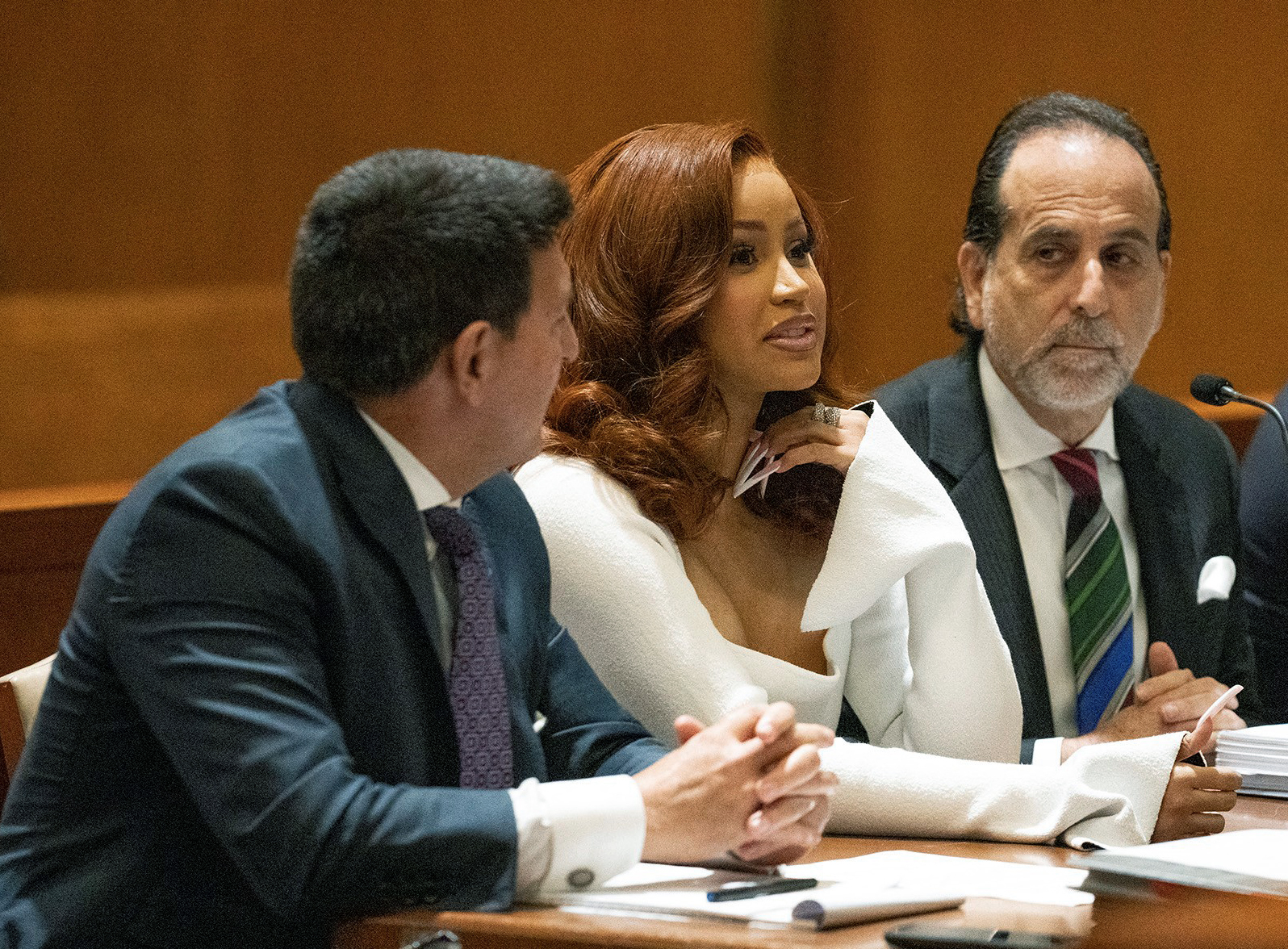 The Bronx rapper accepted a plea agreement from the Queens County District Attorney’s Office regarding an incident where she was accused of hurling a hookah and bottles at two sisters before ordering a pal to attack one of them for allegedly sleeping with her husband, Offset.

The women in question, Jade [R] and Baddie Gi [L], were bartenders at Club Angels.

The original indictment included 12 charges, including two felonies. After pleading guilty to two misdemeanor charges the rapper agreed to perform 15 days of community service. The remaining 10 charges were all dismissed. 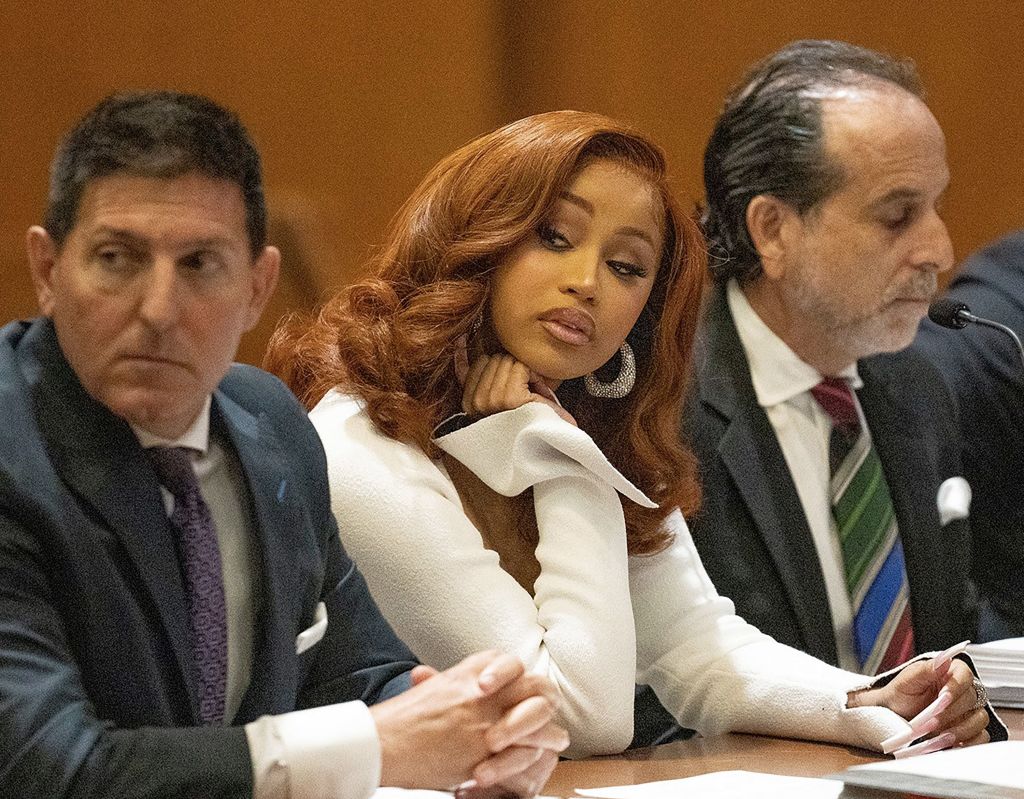 Cardi has released a statement admitting that she’s “made some bad decisions” while adding that she’s ready to focus on her career and her fans.

“Part of growing up and maturing is being accountable for your actions,” reads the statement. “As a mother, it’s a practice that I am trying to instill in my children, but the example starts with me. I’ve made some bad decisions in my past that I am not afraid to face and own up to. These moments don’t define me and they are not reflective of who I am now.

“I’m looking forward to moving past this situation with my family and friends and getting back to the things I love the most–the music and my fans.” 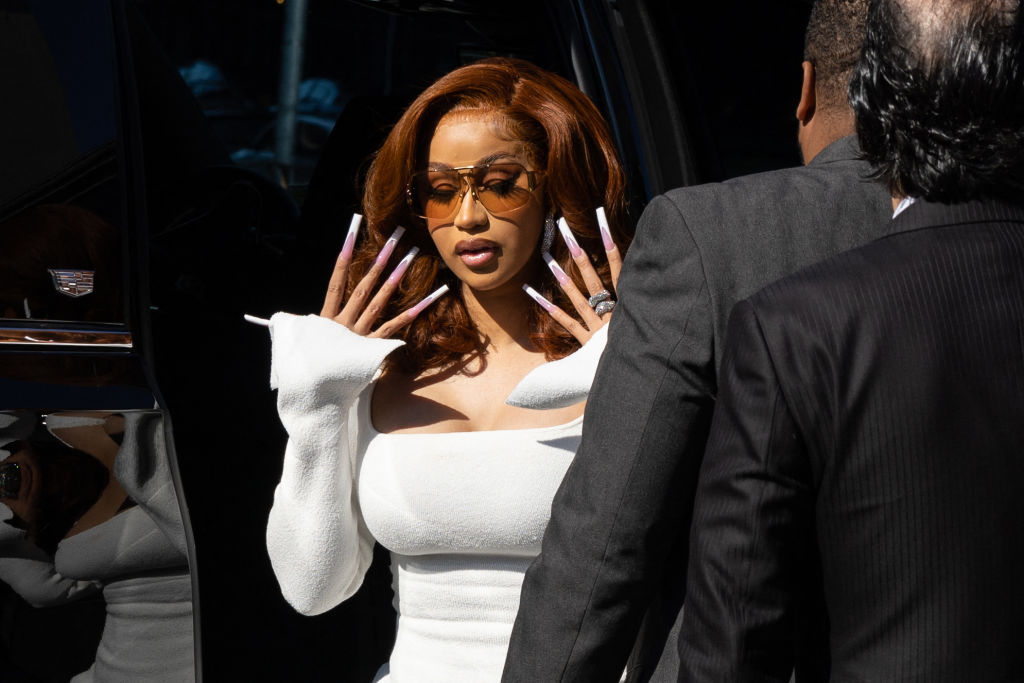 PageSix reports that her lawyer, Drew Findling, said she’d accepted the plea deal after previously rejecting one in 2020 because she wanted to move on with her life.

“There are too many things that she has planned for her family, for her career and for the community and she just felt, quite honestly,  that a three-week jury trial was going to be a distraction from the things that she felt was most important and so, hence, we made contact with the prosecution,” Findling said.

In addition to Cardi’s guilty plea making headlines, the rapper’s courtroom attire is apparently a hot topic of discussion. 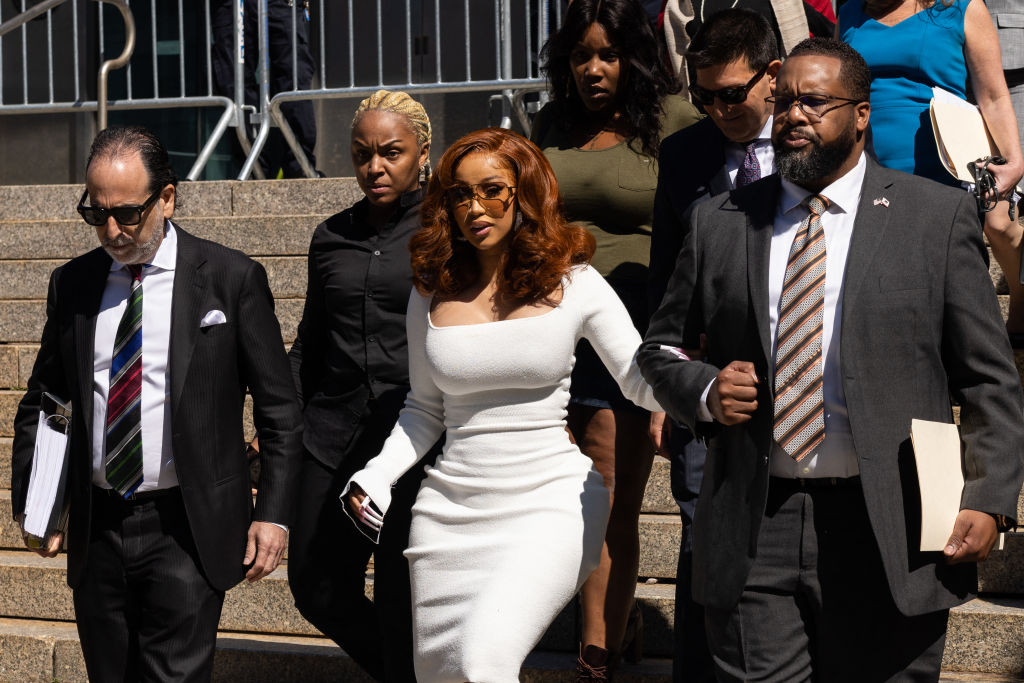 Reps for the rapper shared that she wore Louboutin heels and a Proenza Schouler bodycon dress.

Cardi also posted pics from her courtroom look that she captioned; “Puuuurrrrrr.”

What do YOU think about Cardi B’s guilty plea and sentencing?

Previous articleTAMRON HALL SENDS SON, MOSES, OFF TO SCHOOL
Next articleWhat’s the difference between land-based and online casino music?