Doc Rivers was the talk of Twitter this weekend after his followers noticed some…unsavory and out of character tweets throughout his likes. 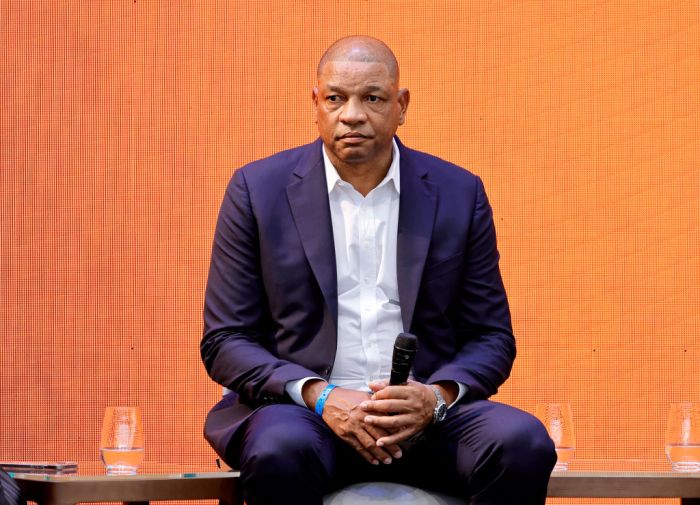 On Friday, September 16, NBA fans detected some bizarre behavior from the Sixers coach’s Twitter account, seeing the 60-year-old “liking” a bunch of explicit adult content. Of course, Twitter had a field day with this information and went on to relentlessly roast Rivers, but he stayed completely silent on the (likely very embarrassing) matter.

Now, according to the New York Post, multiple reports from Sixers reporters indicated that Rivers was hacked.

“I’m told Doc Rivers’ Twitter account was hacked and the Sixers were able to undo the likes and they are getting his account back to full working order,” said John Clark of NBC Sports Philadelphia. “Doc was informed by a friend about the bizarre activity on his account and it is being taken care of by the team.”

Paul Hudrick, who edits a Sixers blog on SB Nation, said the same, adding: “Confirmed through a source that Doc Rivers’ Twitter account was compromised and the team was working overnight to address it.”

Now, two days later, it looks like things are under control with Doc’s account, as all the salacious likes have been removed. Still, no word from the coach, though, who will undoubtedly get clowned for this for years to come, regardless of whether or not he was actually hacked.