Is DDG naive? Or justified — considering racism SHOULD definitely be done with in 2022? 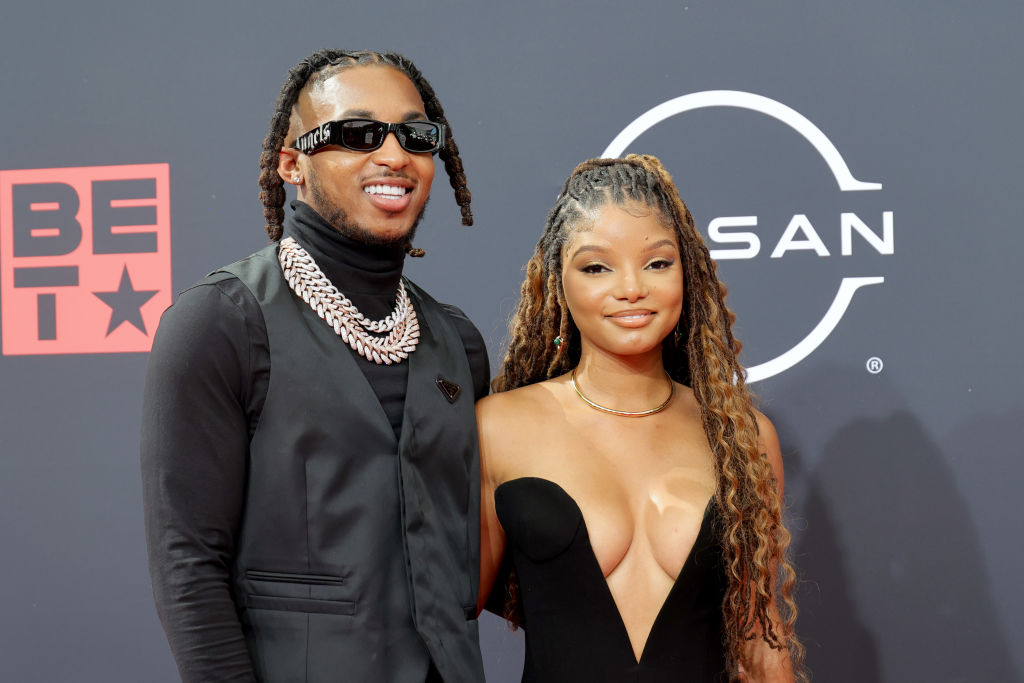 Since the trailer of the live action version of Disney’s “The Little Mermaid” has been released, Halle Bailey, 24, has received intense hate from racist innanet trolls.

Now, what now? *In my Tasha Mack voice*

This was completely baffling to her boo, DDG.

Sir, do you not remember what BLM supporters were vehemently protesting during the pandemic?

When the host asked how Halle was coping with the backlash, the “I Want You” rapper stated, “She be laughing it off [but] they be going a little too hard. But I feel like the people are more attacking the character rather than her, personally.”

The “Moonwalking” rapper says if they really knew who Halle was as a person they would adore her.

He said, “It’s impossible to be mean to Halle. She too sweet.”

Even though there are many disgruntled Disney fans, Halle has received immense love and support, particularly from the Black and Latino community – the film is highly anticipated.

DDG says the film is “going number one, regardless!”

DDG Reveals How He And GF Halle Bailey Met

Mr. Granberry says he initially shot his shot like most Millennials and GenZers by sliding in Halle’s DMs.

He told DJ Bootleg Kev, “She posted a… what song was it – ‘Many Men’ by 50 Cent. She posted a picture and put ‘Many Men.’ Like, one of my fans had told me she was following me and I didn’t know who she was, to be honest. Because I’m not tapped into that world that she was in.”

He went on to say, “So then I tapped in [and] I do a bunch of little research. – So then she posted a picture of…herself playing ‘Many Men’ in the background and I was like ‘oh, that’s a nice song choice.’ – Now we’re here.”

Some view them as an odd pair while others believe they are a perfect couple. Like the old adage goes, opposites attract!

DDG is clearly a supportive boyfriend. He just needs to step out of his rap bubble and enlighten himself on real-world issues. ‘Cause racism is definitely still a thing.