On Sunday, September 25, Taylor Hale was crowned the winner on Season 24 of Big Brother, making her the first Black woman to claim that title in the show’s long history. 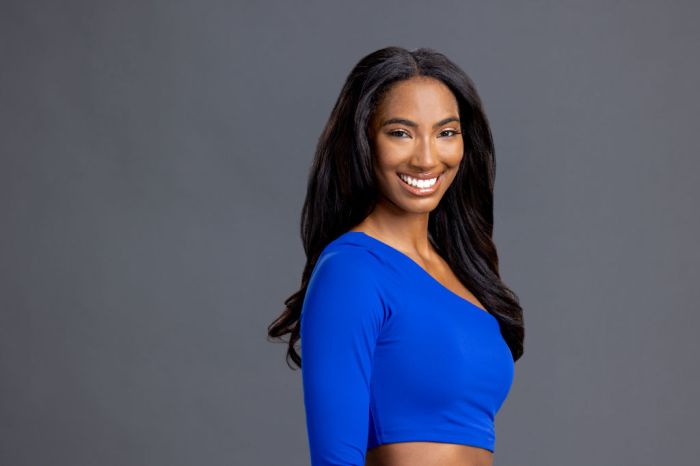 The 27-year-old beauty pageant queen from Michigan beat out Monte Taylor, 27, of Delaware, and Matthew ‘Turner’ Turner, 23, of Massachusetts, to take home the $750,000 grand prize. She also won an additional $50,000 after she was voted America’s Favorite Houseguest by viewers–So, not only did she make history as the first Black woman to win, she also became the first Big Brother winner to also receive America’s Favorite Houseguest award.

Season 24’s finale was also the first time ever that the final two houseguests were a Black man and a Black woman.

Taylor made her final plea to the jury members in a speech many viewers are calling the best in Big Brother history, saying: “I have overcome so much in this game and I have come to understand that I am not a shield. I am a sword. I am not a victim. I am a victor. If there is one word that is going to describe the entire season, it is resiliency. If you were to ask yourself who the most resilient person of this season has been, it is me.”

“We can have the same Big Brother wins that we’ve had in the past, but I am challenging you jury members,” Taylor continued. “I’m challenging all of you to decide what type of winner you want to have this year? Do we want the same thing, where we see evictions and comp wins be the path to success? Or do we want a winner where we choose resiliency, we choose persistence as a reason to win this game. I have never given up on myself and I refuse to do it tonight when I’m sitting next to such a strong competitor. Jury members, I am challenging you to make the hard decision and change the course of the game and choose progress for the course of this game. I can be with the winner of this season, and I promise you will not do it in vain if you choose me tonight.”

While fans are over the moon to see Taylor named the winner, someone who isn’t as excited by all of the recognition she’s getting is Tamar Braxton. After seeing a tweet calling Hale the first Black woman to win Big Brother, Tamar retweeted the news, adding, “Whew! But congratulations” along with a pensive emoji.

‘The Best Man’ Returns In Trailer For Peacock Limited Series

SZA Shared What Looks Like The Cover Of Her New Album, ‘S.O.S.’

‘The Best Man’ Returns In Trailer For Peacock Limited Series