On Wednesday, September 28, TIME revealed the 2022 TIME100 Next list, highlighting 100 of the world’s rising stars who are shaping the future of business, entertainment, sports, and more. 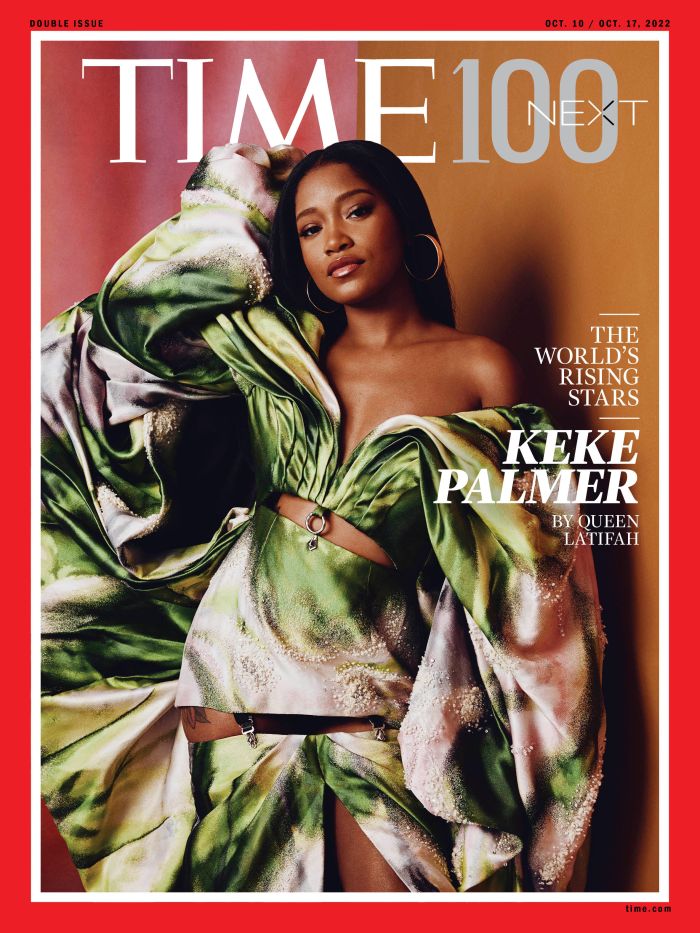 Just like the annual list of the TIME100 most influential people in the world, the TIME100 Next list features surprising pairings of the list members and guest contributors TIME selects to write about them. This year’s list includes Lizzo on SZA, Maude Apatow on Sydney Sweeney, Queen Latifah on Keke Palmer, Jimmy Fallon on Jack Harlow, and many more.

“The authenticity in her craft—the way she’s able to tell her story and the way she uses melody—is extraordinary. No one can replicate that,” Lizzo wrote about SZA. “When she’s onstage, she’s timeless. She’s someone who’s the real deal, and I think that she’s well on her way to being regarded as one of the greatest songwriters and singers of all time.”

Queen Latifah on Keke Palmer: “Keke Palmer is one of the most talented human beings I’ve ever met… Watching Keke evolve as a young woman has been a joy. She is the epitome of grace, poise, and honesty… Keke is the future,  and I can’t wait to see  the things that she will do as she continues on her journey.”

“Ja is emerging as a face of the NBA for good reason. The only thing missing for him is championship hardware. I know he’s going to go after it hard this season,” Memphis native Justin Timberlake said about Grizzlies star Ja Morant. “He really exemplifies Memphis because of his mix of toughness, confidence, and humility. He brings joy to people around him…That joy is just Ja’s nature. He is who he is, and he demands respect. Because he’s so damn good.”

On October 25, TIME will host the second annual TIME100 Next event to celebrate the individuals spotlighted on the 2022 list. The event will be hosted by Keke Palmer and will feature a special musical performance by SZA, honorary tributes from members of this year’s list, and remarks from TIME editor-in-chief and CEO Edward Felsenthal.