Paramore is finally back with a new single, and they’re giving fans a little more than music in honor of their return. 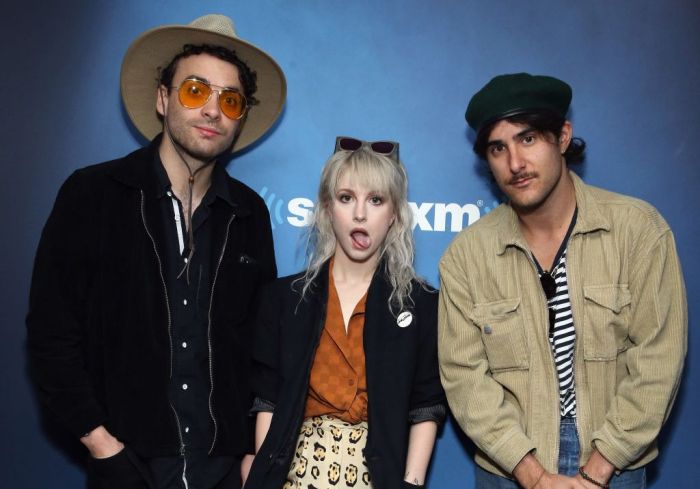 Paramore’s lead vocalist, Hayley Williams, and guitarist Taylor York confirmed on Thursday that they are dating.

The couple made the big reveal during an interview with The Guardian, but they declined to comment further about their relationship. This comes more than five years after Williams announced her split from her ex-husband, Chad Gilbert.

In a joint statement posted to Instagram in July 2017, the “Misery Business” singer and New Found Glory guitarist confirmed their breakup, saying they planned to “remain close friends who are good in each other’s eyes.”

“Hopefully, you’ll understand that the personal aspects of what we are going through are not for anyone else to carry. Only us,” their statement read. “To allow people any further into this moment in our lives would be to dishonor our history together and our ability to move forward with integrity. Thank you to fans of both of our bands and for all the kindness you’ve shown to both of us for so many years. Thanks to our families for loving us in all our seasons. Hayley and Chad.”

Rumors of a romance between Hayley and Taylor have been circulating for quite some time now, with fans thinking they might be more than bandmates after the release of Williams’ 2020 solo track “Crystal Clear.” The song, which Williams told Pitchfork is about “falling in love,” has a backstory involving York.

Apparently, the guitarist surprised Williams by layering vocals sung by her grandfather over the last few seconds on the track.

“One day, i walked into the studio where Taylor was working on a love song of my own (‘Crystal Clear’), he pressed play and i heard my Grandat’s voice, singing his song over mine,” she wrote on Instagram at the time. “I have yet to get over the sweetness of that full circle moment in my life. it is a moment that will forever stay with me and will live on through whoever listens.”

It’s unclear if the two were already dating at the time, but fans couldn’t be happier to hear them go public with their romance now.