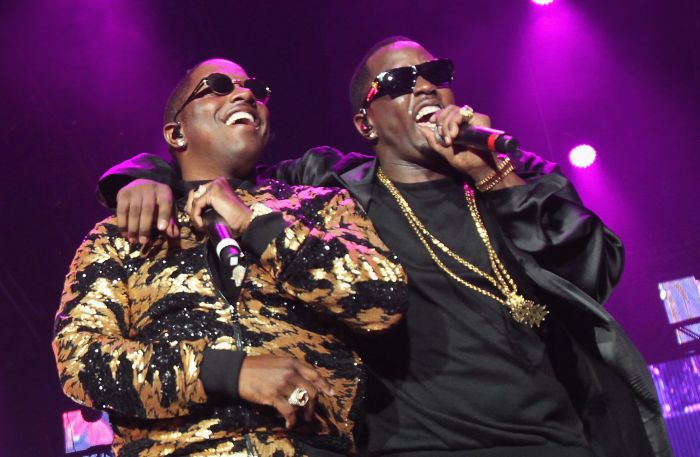 Life was good when Diddy and Mase were all up in each other’s videos, dancing, but now, years later, the ex-Bad Boy BFFs are not in the best place based on Diddy’s latest ‘Breakfast Club‘ interview that immediately went viral.

In the eyebrow-raising interview, Diddy calls Mase a ‘fake Pastor’ who ‘conned people’ in response to questions about his business ethics as one of Rap’s biggest executives. (46:05 mark)

‘…the Mase thing… I did one album with Mase. One album. How much money do you think I owe this guy,” he said.

“And then he became a fake pastor and went and conned people and y’all gon’ let him throw dirt on the God’s name??

The billionaire mogul went on to allege that Mase owes him MILLIONS for an album he allegedly never delivered on.

“Anybody that thinks I owe them something show me the receipt and you’ll get paid within 24 hours.’

It didn’t take Mase to respond with an interesting rebuttal that failed to actually address anything Diddy alleged in the interview.

In the short clip, the ‘Feel So Good’ rapper cackles while claiming that Diddy is just salty he couldn’t come on stage and give his ‘fake’ apology during the 3 Headed Monster Tour featuring Cam’ron, Mase, and Jadakiss.

What do YOU think about Diddy’s comments? Do you believe Diddy doesn’t owe Bad Boy artists money? Tell us down below!