Regardless of their busy schedules and commitments all across the world, Zendaya and Tom Holland are still going strong. 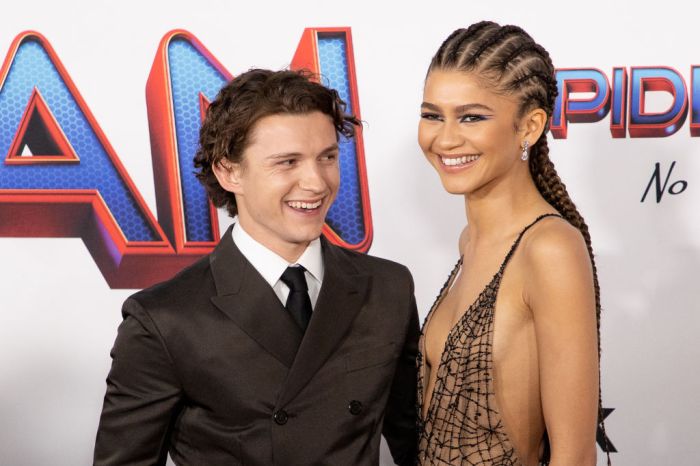 The Spider-Man: No Way Home costars were seen on Friday while strolling through the Louvre museum in Paris, where they were photographed standing in line as they held hands.

For the occasion, Holland looked chic in a striped sweater tucked in with the sleeves rolled up, while Zendaya wore a blouse dress and a pair of funky glasses. Tom was also rocking a much shorter haircut than he’s been sporting lately, seemingly cutting his lengthy locks after finishing a recent project.

Prior to this artsy outing, Zendaya and Holland were spotted hanging out in New York City in the days surrounding Z’s birthday last month. On September 2, the day after the 26-year-old’s birthday, they were photographed holding hands after grabbing coffee in Manhattan. The day before that, they were seen entering New York’s MAMO restaurant for her special day.

While we get to see glimpses of this couple and their relationship on press tours and during public outings, both Zendaya and Tom like to keep their personal lives as private as possible. Back in November, during an interview with GQ, Holland revealed why he hopes to keep his relationship with Zendaya mostly private.

“I’ve always been really adamant to keep my private life private because I share so much of my life with the world anyway. We sort of felt robbed of our privacy,” he told the mag. “I don’t think it’s about not being ready. It’s just that we didn’t want to.”

Still, the Uncharted actor wasn’t afraid to compliment his other half, calling Zendaya “instrumental” in his life, while she agreed that there’s a “confusing and invasive” aspect of the world getting a glimpse into their personal time together.

“The equal sentiment [we both share] is just that when you really love and care about somebody, some moments or things, you wish were your own,” Zendaya said. “I think loving someone is a sacred thing and a special thing and something that you want to deal with and go through and experience and enjoy amongst the two people that love each other.”