Rihanna’s fans are eager to find out any tidbit of info about her first child, and now, it looks she might have given us a hint. 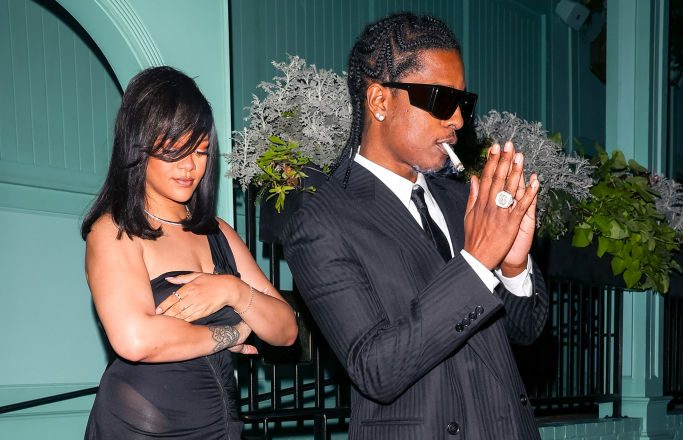 The Fenty founder and her boyfriend, A$AP Rocky, have yet to say much of anything about their first child after welcoming him into the world four months ago. Fans are eager to see a picture of the little one, which probably won’t happen any time soon, but now, it looks like we might get to find out his name–at least, if Rih’s latest fashion statement means what we think.

Rihanna was spotted at a Hollywood recording studio on Saturday, according to Page Six, dressed in a vintage Clench football jersey ahead of her Super Bowl halftime show performance next year. In photographs taken by Diggzy, the singer is also sporting distressed Diesel jeans, a $7,400 Balenciaga bag, and most notably, a long silver necklace with a “D” pendant.

As fashion fans might already know, the necklace Rihanna is wearing was made by Dior, which is a pretty easy explanation for the sparkling “D”–but that doesn’t mean she’s not throwing hints out there at the same time.

While the new mom continues to give us look after look every time we see her out, she’s also in the midst of prepping for her 2023 Super Bowl halftime performance. Just last week, Rih was shopping at Bristol Farms in Los Angeles when TMZ asked her about the big game.

At first, Rihanna said she feels “nervous” for the performance, but ultimately said she’s excited to hit the stage.