A Brooklyn Center, Minnesota man has pleaded guilty to wire fraud “after filing fraudulent insurance claims for a staged arson,” according to a Department of Justice press release. But this wasn’t your regular-degular insurance fraud scam. 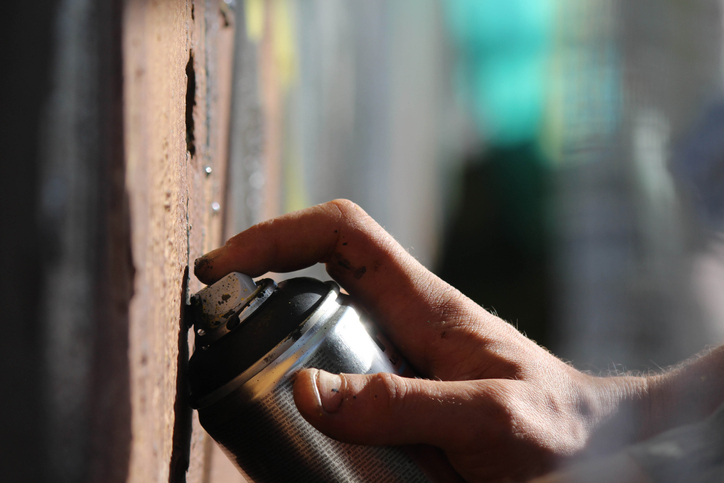 Citing court documents, the DOJ reports that on September 23, 2020, Denis Vladmirovich Molla, 30, falsely reported to law enforcement that someone had lit his camper on fire and that three unknown males were near his home when he heard an explosion.

Molla also reported that his garage door was vandalized with spray-painted graffiti stating, “Biden 2020,” “BLM,” and an Antifa symbol, and that his camper was targeted because it had a Trump 2020 flag displayed on it. In reality, Molla started his own property on fire and spray painted the graffiti on his own garage.

Yeeeah—we’ve definitely seen this before.

Do y’all remember when Barack Obama was running against John McCain and some crazy white woman McCain supporter carved the letter “B” on her own face and falsey reported that a Black man had done it just because she was a Republican voter? Remember how nobody who regularly washes their legs bought it because Black people really don’t do sh** like that?

This is also like that time an old white man claimed Black vandals painted “Blacks Rule” on his driveway and nobody whose spice cabinets stay full bought it because Black people just do not talk like that! (If you ever hear a Black person affectionately refer to Black people as “Blacks” then follow it up with “rule,” “rock” or any other variation of the affirmation style usually used by people who debate whether daily showers are even necessary—you’ve likely identified the opp in the building.)

MAGA Molla’s ruse suffered the same issue. The graffiti lie just never rang true. It just sounded like something a Trump-loving, Black Lives Matter-hating, Antifa-propagandizing right-winger would think up while trying to impersonate their idea of what “the left” would do.

Molla is the type of guy who would rob a bank while disguised as a Black man and say to the teller, “Hey you jive turkey, put the skrilla in the bag before I pop a cap in your a**!”

But that’s not all…

Molla also created and allowed others to create two GoFundMe accounts to benefit Molla and his family. In total, Molla submitted more than $300,000 in fraudulent insurance claims, and he received approximately $61,000 from his insurance company. Molla also received more than $17,000 from individual donors via GoFundMe.

So, Molla was just out here lying, propagandizing, and scamming donors like he was Donald Trump trying to explain why he didn’t get a second term.

Previous articleLizzo Hid Radiohead Love In HS To Not Be Called ‘White Girl’
Next articleKanye West On Antisemitic Criticism: “I Feel Happy To Have Crossed The Line”