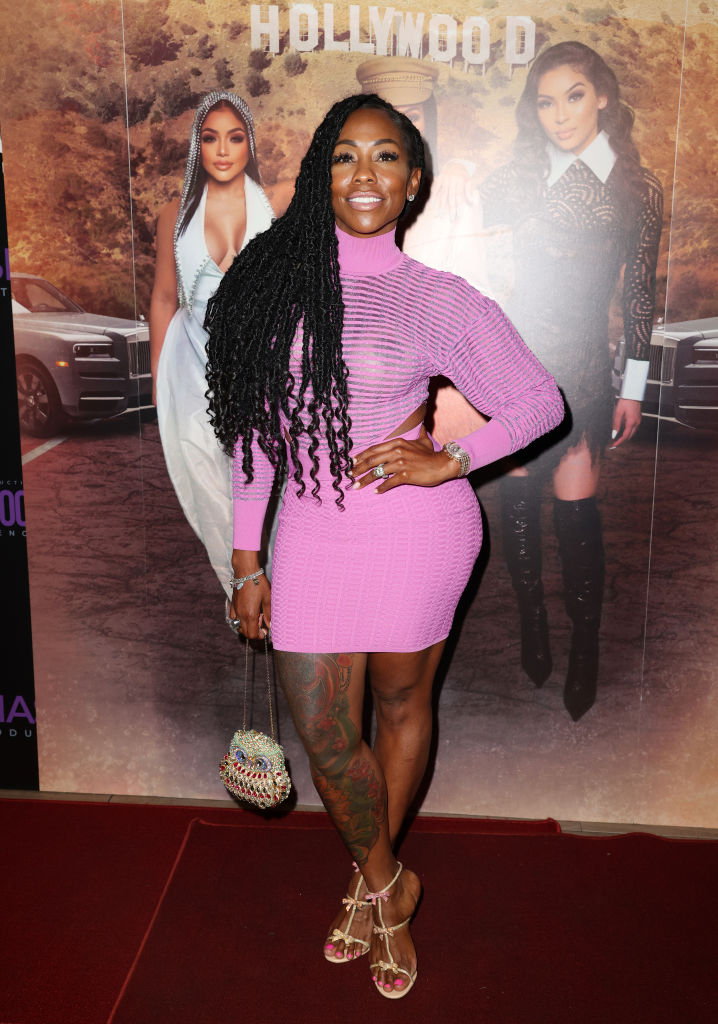 After “coach” and self-proclaimed “Queen of ControveSHE” Stormy Wellington went viral for referring to a member of her cult-like community’s plate as “low vibrational”, the Internet’s been in a finger-licking frenzy.

And after a week of Internet jokes and dragging, Stormy took her talents over to Fox Soul’s TEA G-I-F to defend her actions.

The show’s hosts Al Reynolds, Claudia Jordan, and Funky Dineva were ready and willing to match Stormy’s “vibrations” and as you can imagine hilarity ensued.

During the show, model and actress Claudia Jordan popped things off by jumping right into the BBQ plate fiasco.

“In the video, you told your friend that her plate of food was low-vibration and suitable for a hood rat. While your plate was fit for royalty. Break that down for us real quick,” said a clearly amused Jordan.

Coach Stormy immediately jumped to defend herself by first stating the nature of her and the “hoodrat” plate holder’s relationship.

“So hold on, let me just say something, there’s a history with this young lady that y’all saw in the video. Her name is Tammy Price, I have been a mentor, her coach, and her friend. She literally calls me her angel,” explained Stormy noting that Tammy has been a member of her multi-level marketing company Total Life Changes, and has been successful with her use of the “products” during her weight loss journey.

According to Stormy, Tammy “knows” her and “how she talks”.

“I feel responsible for her success,” she continued.

Stormy said she feels responsible for what Tammy eats as well and said that Tammy “dishonored “and “disrespected” her by sitting next to her with “enough food for 3 people” on her plate. She also lambasted Tammy for using plastic cutlery but took credit for being the facilitator of the foolery.

“Granted it was my event, I didn’t think it was fit for a Queen” she added before calling it “low vibrational, tacky, and thrown together” while taking a dig at the caterer for supplying the low vibe facilitating food.

Funky Dineva Gets Serious About Telling Stormy About Herself

At one point in the video, Funky Dineva discontinued his laughter and pulled himself together in time to deliver THE READ OF A LIFETIME to the “low vibrational” plate Princess.

“Listen, I’m sitting here laughing because, from my perspective, you actually making this s*** worse,” said Dineva. “Because you sat up there, in my opinion, as a friend and embarrassed the hell out of this lady!”

“Then to compare it to royalty Stormy…” he started before digging a little deeper and saying what most people were thinking.

“No tea, no shade, no cap. HOODRAT?! What you GIVE… What you give on a daily is more consistent with hoodrat than that woman’s plate.” the host continued. “You had green fingernails, you was licking barbecue sauce and god knows whatever else from up under your nails all while digging around in this lady plate. Y’all was eating off of white dixie plates at an event that people paid thousands of dollars to attend that you was responsible for. Also, you were eating shrimp — they are roaches of the sea and there’s literally no nutritional value in corn so how was YOUR plate or vibration any higher than hers?”

Funky Dineva kept the dragging going and ended with;

“Tammy is a better woman than I would ever be because knocked the food out of your hand and showed exactly how low the vibrations could have gotten.”

You can see more of Stormy’s explanation on Fox Soul’s “Tea G-I-F” in full below.