Megan Thee Stallion Speaks Out After Her Home Was Burglarized 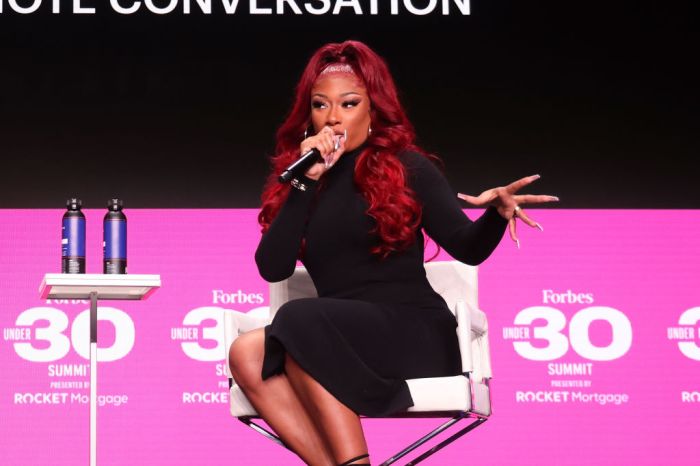 TMZ reported that the burglars were recorded on security video, the source said, and preliminary estimates indicate they made off with more than $300,000 in jewels, cash and other valuables. Sources added that she wasn’t home at the time.

Los Angeles Police Department are still trying to find the burglars and are looking at the surveillance footage from Megan’s home, as well as a video from her neighbors’ cameras that may have captured the intruders.

Moments after, Megan took to Twitter to address the burglary.

She added, “Material things can be replaced but I’m glad everyone is safe 💙🙏🏾.”

She went on to say, “Hotties im really sorry but after SNL I really gotta take a break I’m so tired, physically and emotionally.”

Meg has been on a roll with work lately. From appearing on the cover of Rolling Stone this summer, to headlining music festivals, starting a mental health resource website, to still undergoing legal proceedings after accusing Tory Lanez of shooting her in 2020.

The Houston rapper is also up for an American Music Award in the category of “Favorite Female Hip-Hop Artist.” The show will air November 20th on ABC.

She also released her album Traumazine, that features Latto, Rico Nasty, Jhene Aiko, Future and more. One of her tracks on the album is entitled “Anxiety” and it speaks to the days when Megan feels down and deals with anxiety of her own. She’s been vocal about her trails and adversity in life and told Rolling Stone earlier this year how she deals with it.

“When I see Thee Hotties care about my mental health, they’ll be like, ‘OK, girl, you don’t want to get online. That’s fine. Oh, Megan, I’m just sending you love and support today,’” she told Rolling Stone in her cover story interview. “I’m like, ‘Y’all know my spirit!”

Stallion is currently in New York City for an appearance on Saturday Night Live and moments before the burglary happened she tweeted to a fan, “on break at rehearsals rn I’m excited AF.”

Many fans left encouraging messages online and sent their condolences to the Hottie.

Unfortunately, Megan is the latest celebrity to deal with a home invasion. This summer Mariah Carey’s Sandy Springs, Georgia home was burglarized. According to PEOPLE, the home was broken into through a “force door” entry through the back door.

According to the report, a man named Kenzel Walker was arrested and charged with homicide in July, but could not confirm if this was the same man in the burglary case.