Nicki Minaj has done a new interview with Interview magazine and it’s none other than Jada Pinkett Smith who has sat down for a chat with the rapper.

In the interview, Nicki talks about being a mother and how it’s changed her, not feeling like recording certain explicit songs when she was pregnant, being more goofy than sexy, the success of ‘Super Freaky Girl‘, not showing her husband the music video before releasing it, state of hip hop, what she misses in new artists these days and more.

Nicki mentions that ‘Super Freaky Girl’ being a big hit has helped expedite the album process and that it will hopefully release this year. Check out some of the highlights below. Last week, she was critical of the GRAMMYs for not allowing ‘Super Freaky Girl’ in rap categories. 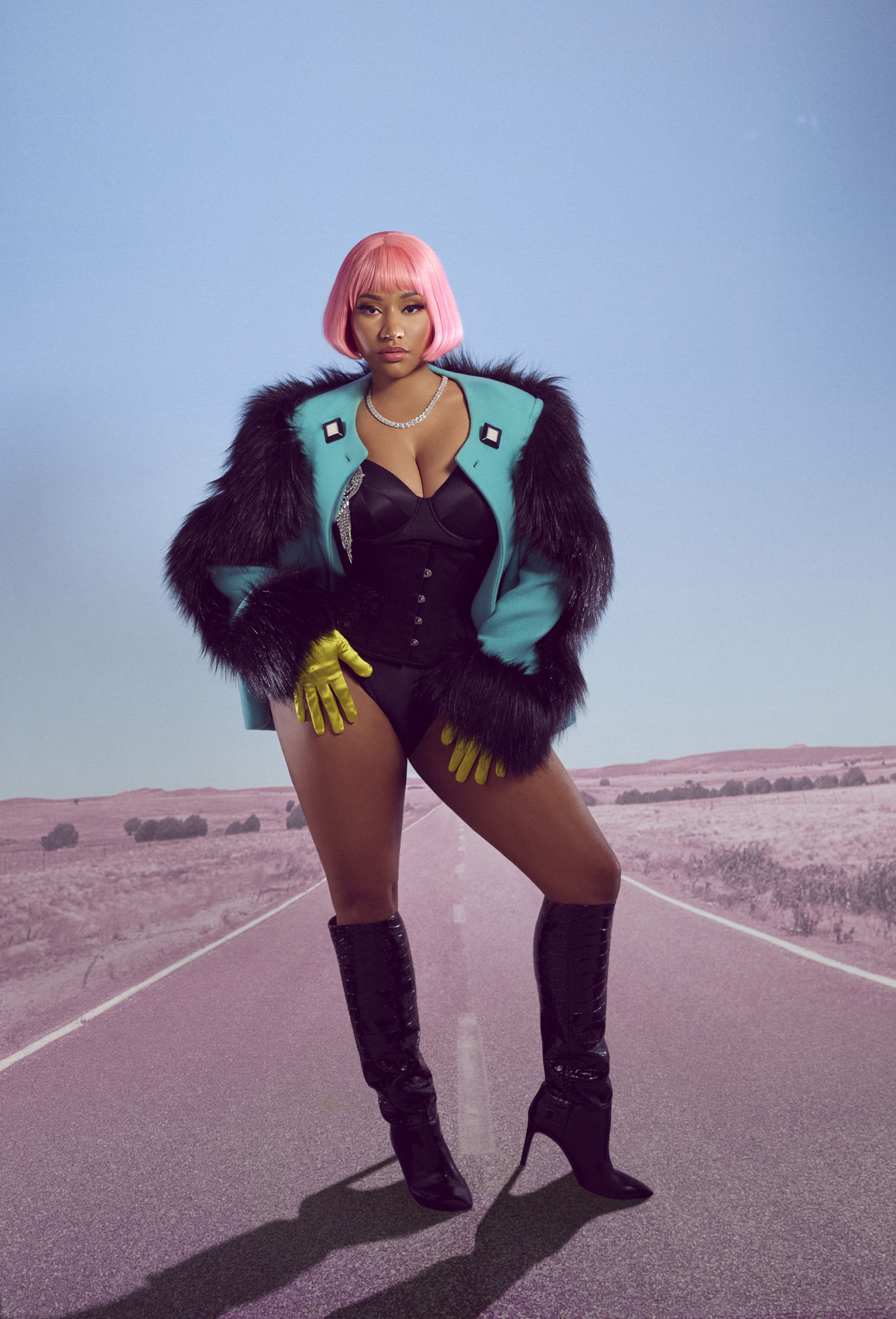 On being a mother and having separation anxiety with son:

It’s funny that you asked what that’s brought up for me because nobody’s ever asked me that. Let me address that before I forget. I see myself as a baby in my son and because of that, it reminds me of moments that I had probably forgotten over time, just of me being a toddler in Trinidad. First of all, being a mother is the biggest freaking blessing on planet earth. I’m so happy that god allowed me to experience this. I’ve always loved children and I’ve always been great with children, but in the last few years I started thinking, I know it’s going to be a huge shift for me because I’m used to going wherever I want, whenever I want, and I knew having a baby was going to change all that. But I absolutely love it. I love my son so much that I don’t know if it’s normal, but it seems unhealthy because I took too long to start working and leaving him to be watched by anyone, so now I have this real bad separation anxiety. So that’s not good.

On state of Hip-Hop:

I wish there was some more singing. I remember listening to Monica’s first album, for instance, and I couldn’t put it down. Or, of course, The Miseducation of Lauryn Hill. Now, what happened was that we introduced this guy who was a really great rapper, but he has great melodies, and his name is Drake. And then the industry has changed so much in that, “Well, if I could be a rapper and I could get the same reaction that the R&B singers used to get from the girls, then I don’t even have to know how to sing. I could have the best of both worlds.” The biggest male rappers now are giving the best melodies. I always say Lil Baby, for instance, his melodies are freaking dope. He’s not a singer, but he’s got catchy hooks and melodies out the wazoo, and it’s like, “Oh my god, I see the switch.” I remember when [Lil] Wayne had started singing, whether it was in his rock era or after. Some people liked it and some people didn’t, but he was singing and using autotune. So I think over time, because the quote-unquote “rapper” or the “hood” person has always been more appealing to us, and when I say to us,I mean to us. Now it’s like, that’s who everybody wants to be. So now, the singers went out of style. But I wish the singers were back in style. Right now when I go to listen to music and I just want to be in my little somber place, even that used to inspire me as a writer of raps, which is crazy. Do you know what I mean?

On importance of saving money:

My first year, before I even put out my first album, I bought my girlfriends a Benz, a BMW, and two Range Rovers. I shouldn’t have been buying those kinds of vehicles. They should have been getting a decent vehicle until maybe later on when I was really stacking bread. Thank god I did keep getting money, because I was spending kinda crazy at that time. But I wish people understood, save your money. Every time people come to my house, they think they’re going to see 20 cars in the driveway, living la vida loca. No, no, no. I don’t have nobody to prove anything to. I’m quite happy. Thank god that I could not work for the last couple of years and still be good.

But it didn’t have to go that way! When we was going through that COVID thing and people couldn’t go out there and make that club money and stuff, they was going crazy because y’all spend every dime as soon as y’all get it! So that’s what I want our Black young people to know. Stop trying to impress people on Instagram because the people that really got it don’t do that.

Cardi B Is Live Tweeting Netflix’s ‘The Crown’