A Love & Marriage D.C. couple might not be divorcing, but they’re being transparent about “struggling” in certain areas and going through counseling.

Monique and Chris Samuels, formerly of The Real Housewives of Potomac, spoke out further Monday on rumors that they’re separating. 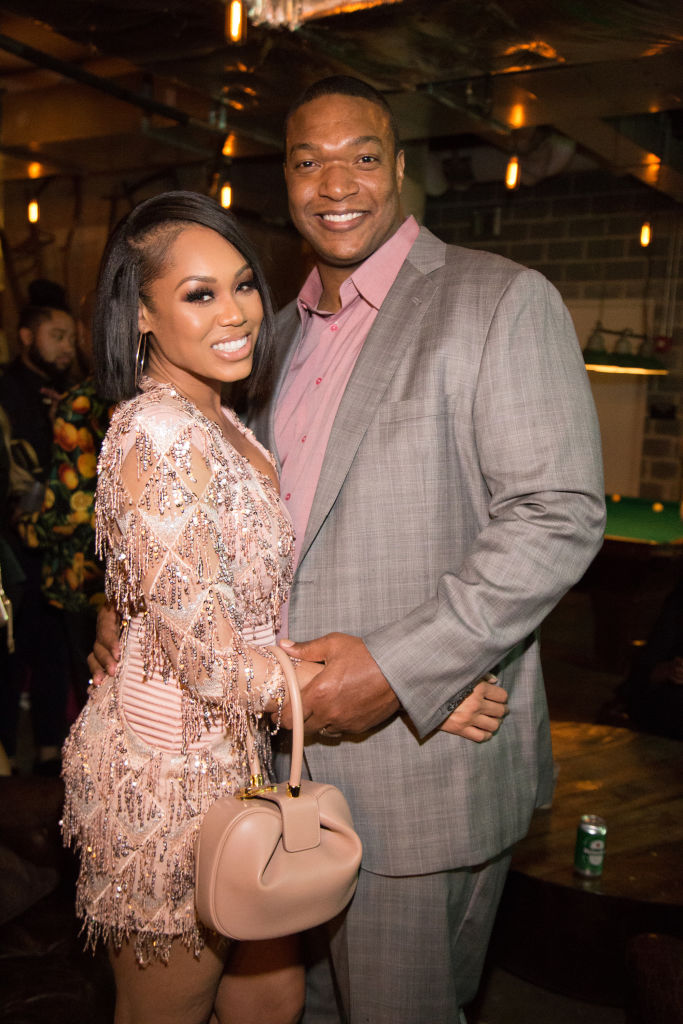 As previously reported the duo slammed a PEOPLE magazine report that they’re splitting after 10 years of marriage and promised to reveal the truth about their matrimony via Monique’s YouTube channel.

During an hour-long video, the couple blasted the publication for practicing “irresponsible journalism” with Monique claiming that PEOPLE reached out to their publicist who told them that the divorce report was untrue– but the outlet pubbed the story anyway citing multiple sources.

Monique, 39, also transparently admitted that she and Chris were having struggles in their marriage as documented on TV, and criticized fans who praised the divorce report.

“It’s no secret that Chris and I have been struggling in some areas of our marriage and anybody who watched Love & Marriage: DC last year, y’all saw the arguments, y’all saw everything that was going on,” said Monique. […] “We’ve done a great job at being really transparent and honest with everyone, the fact that people are praising a rumor of divorce or a possible dissolution of a marriage […] that’s sad that people were praising that, there were people out there who were excited about it and then you know, you have a lot of people who love and support our family who were devastated.”

The “Not For Lazy Moms” podcaster then said flat-out that she and Chris, 45, have not filed any legal paperwork to end their marriage.

“Everyone knows that when you say the words separation, that insinuates a divorce,” said Monique. “Are Chris and I getting a divorce? No! We aren’t getting a divorce. Are we going our separate ways? Absolutely not, nobody said that.”

She admitted however that they’re still facing hardships and to conquer them they spend time apart in separate homes. Monique added that they were documenting the individual counseling they’re going through on OWN’s Love & Marriage D.C. to “fix their marriage.”

“We have multiple homes, we decided that we would spend some nights apart so we can give each other space, while we’re on our counseling journey,” said Monique. “We’re focusing on ourselves, we’ve been eating right, we’ve actually been communicating better than we have been for a very long time. […]

“We are most definitely still together, we haven’t given up on our marriage, we didn’t break up and we are not looking to divorce. We are simply trying to be better.”

Monique also defended her former #RHOP costar/ friend Ashley Darby, who made waves during BravoCon by announcing the couple’s separation.

“A lot of people were trying to throw Ashley under the bus— Ashley is innocent, leave her alone,” said Monique. She did not start this stuff, PEOPLE magazine got a call from some woman who took it and ran with it.”

“At the end of the day, my ring is still on!” said Monique.

You can watch Monique and Chris deny divorce reports below.