Mama Joyce Gets Dragged For Shading Todd Tucker At BravoCon


Kandi, get your mama! 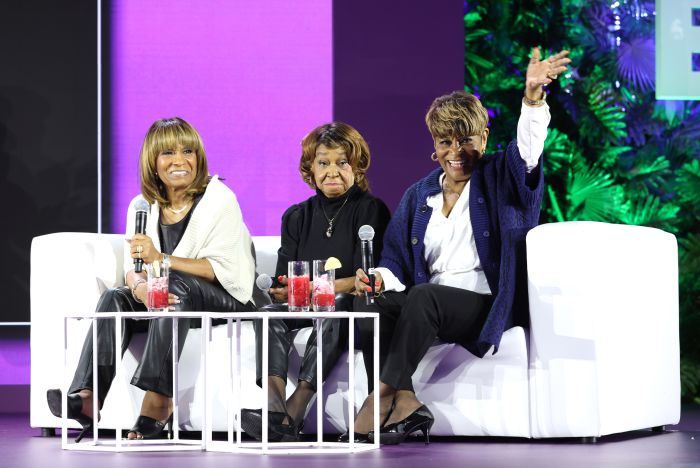 Kandi‘s barb-spewing mother Joyce Jones aka Mama Joyce is catching heat over shady comments she made about her son-in-law Todd Tucker during a messy panel with Auntie Bertha and Auntie Nora at BravoCon.

In the now viral clip, Mama Joyce, 72, shamelessly rambles about who she would replace Todd with while the crowd hoots and hollers in the background.

“…If I could have replaced Todd, I probably would’ve picked anyone that had a decent job,” she said, adding, ‘somebody that was maybe in the same business, in the financial realm that she was in,’ she added. ‘I just think that she should’ve married someone that was on the same financial scale.’

Mama Joyce on who she’d replace Todd with for Kandi! #RHOA #BRAVOCON22 pic.twitter.com/EQNP8itpkH

It didn’t take long for the messy matriarch to get dragged over the classless comments that marked her latest unprovoked shot fired at Todd–the father of two of her grandchildren.

Hours later, Mama Joyce was somehow able to scrape together things she actually likes about Todd during a supersized round of “Truth or Drink!” during a BravoCon edition of ‘Watch What Happens Live With Andy Cohen.’

In a moment that we imagine was very hard for her, she said that Todd’s “still short,” shaved some of his beard, is very nice to his kids, and that the two are getting along much better these days.

For years, ‘RHOA’ fans have watched Mama Joyce take shots at Todd who never seemed good enough for Kandi in her eyes.

But that hasn’t stopped Kandi, 46, and Todd, 47, from enjoying 8 years of marriage, growing their blended family of 4, and opening multiple businesses including restaurants Blaze Steak & Seafood and the Old Lady Gang Southern Cuisine.

What would you do if you were Kandi in this situation? Does Kandi deserve blame for allowing this to continue? Tell us down below and peep the Twitter hysteria over Mama Joyce’s shady comments about Todd on the flip.