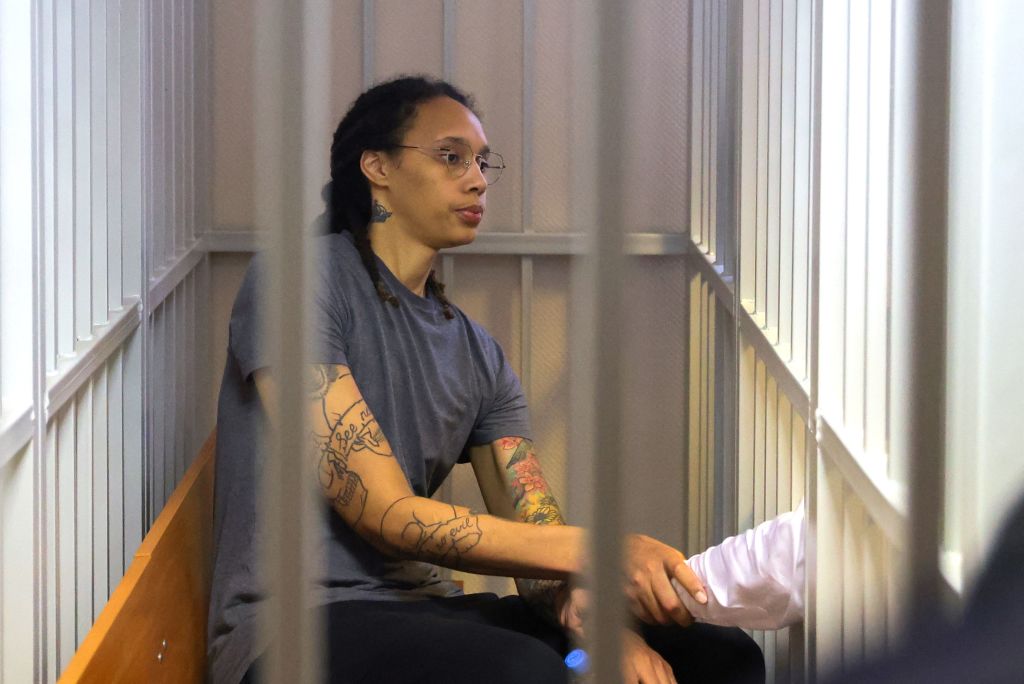 Brittney Griner has been wrongfully sitting inside a Russia detention facility for the past 244 days and could be sitting there for the next 3,285 days if no one from the United States (cough cough Joseph F***in’ Robinette Biden!) is able to negotiate her freedom.

As you may remember, the Biden administration made a trade offer to Russia to have Griner and another American named Paul Whelan released from custody but according to the National Security Council’s John Kirby, Putin an’ ‘em not really feelin’ it, they probably think we’re a munch.

Yesterday was Griner’s 32nd birthday and her reps released a statement of gratitude that she wanted passed along to her supporters via FoxNews.

“Thank you everyone for fighting so hard to get me home. All the support and love are definitely helping me,” Griner said in her message, according to the statement.

Last night, during the Golden State Warriors’ ring ceremony, MVP Stephen Curry made sure to note Griner’s incarceration and made a not-so-subtle commentary on the perceived lack of motivation by U.S. officials to get this done ASAP.

Happy Birthday, BG. We hope to see you soon.