For No-Shave November we give thanks for these beautifully bearded panty melters who’ve been incinerating the Internet into a facial follicles frenzy. 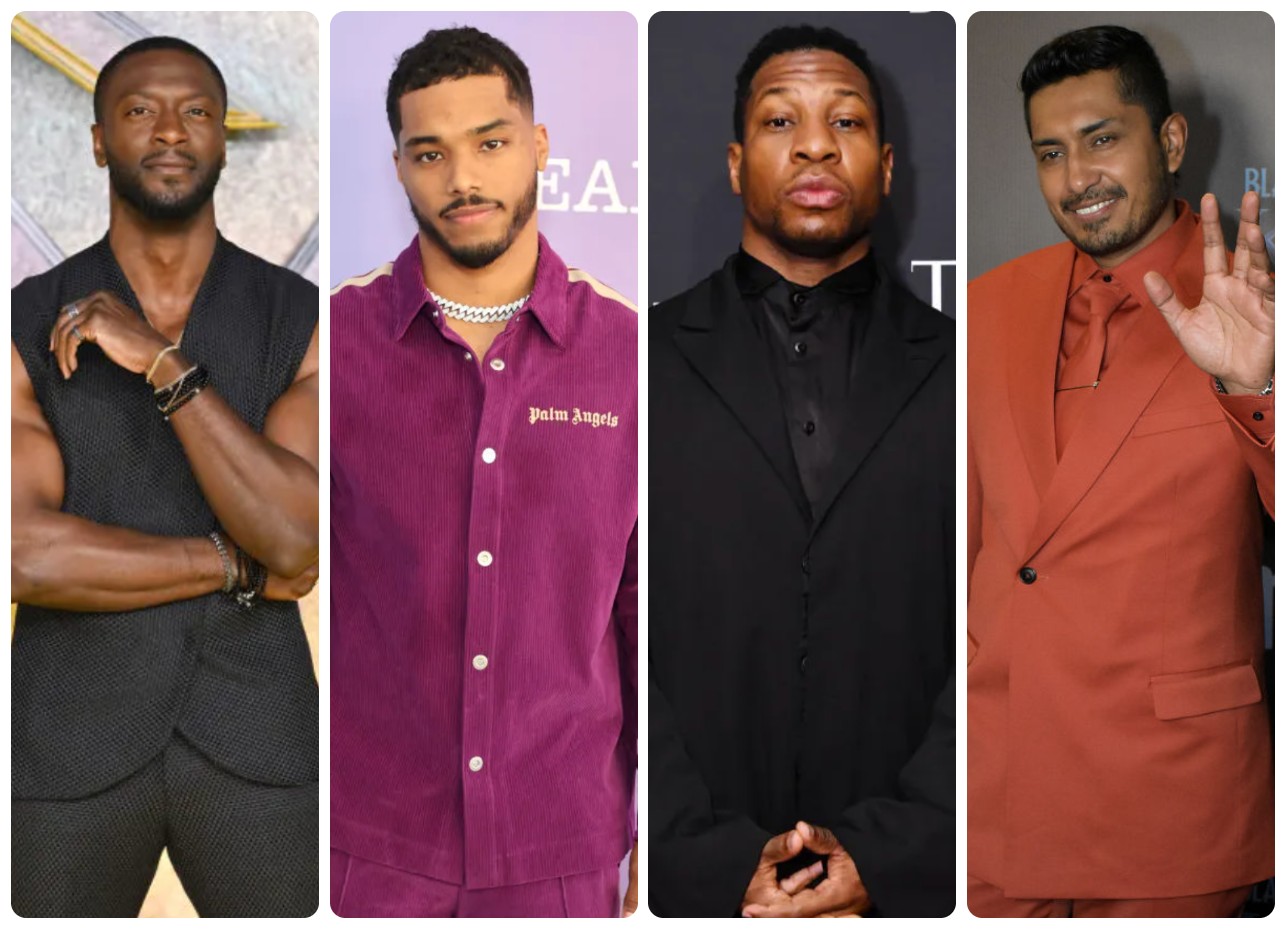 Before we get into the eye candy, however, we think it’s important for you to know the reason for the No-Shave November season.

The annual campaign also known as Movember has a goal to raise cancer awareness by encouraging men to embrace the facial hair that many cancer patients lose by letting theirs grow wild and free for 30 days. 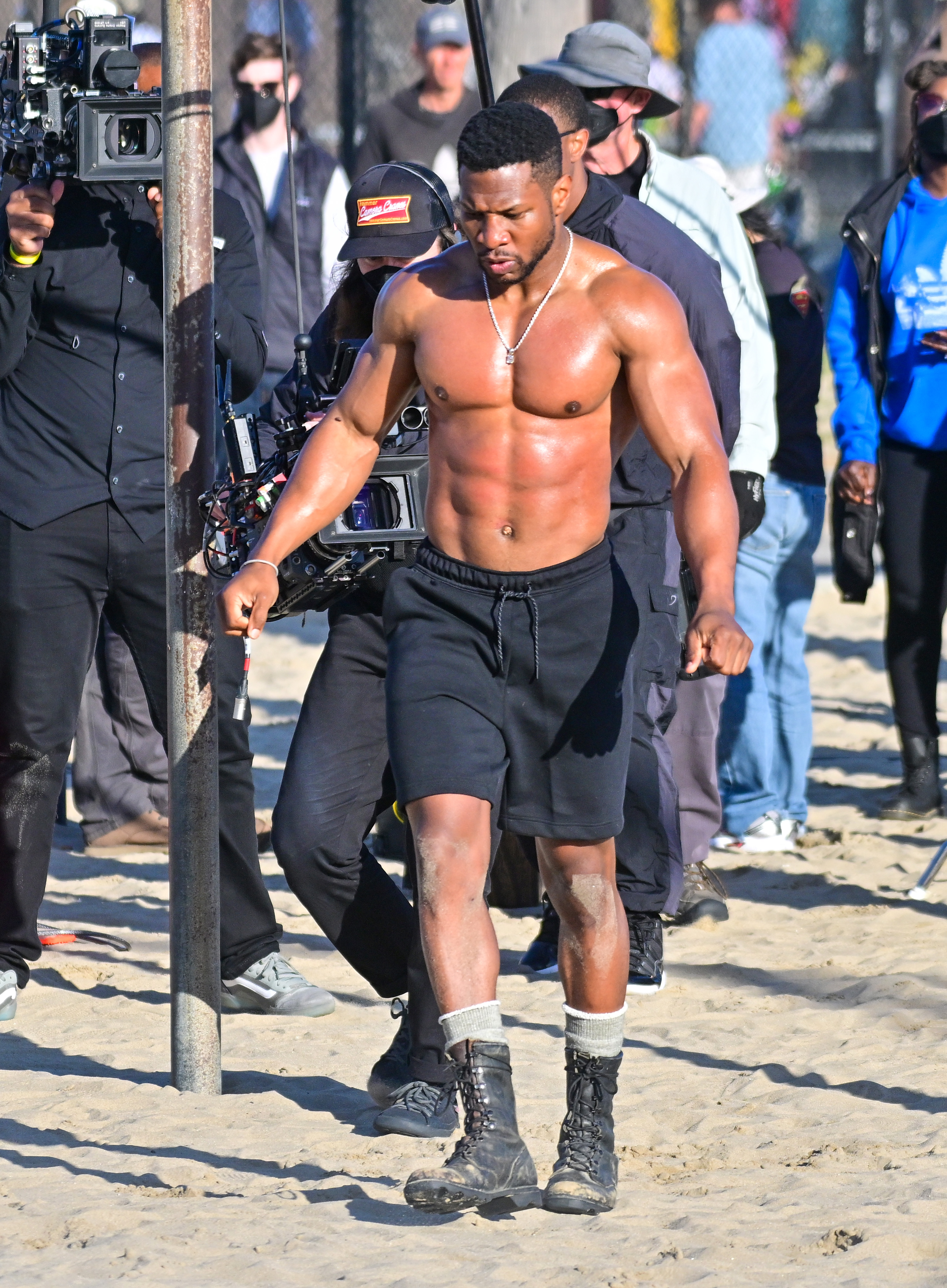 Participants are urged to donate the money they typically spend on shaving and grooming to fund education about cancer prevention, save lives, and aid those fighting the battle.

With that in mind, we’d be remiss not to share some of our favorite picks for this year who are sizzling skivvies on the big and small screen.

Black Adam star/undeniable panty melter Aldis Hodge can save us any day with his chocolate skin, perfectly low-cut beard, and amazing abs.

He’s been in the business for decades and at age 36 he’s really just getting started. This actor began his career as a child and made his film debut opposite Samuel L. Jackson in 1995’s Die Hard With a Vengeance. 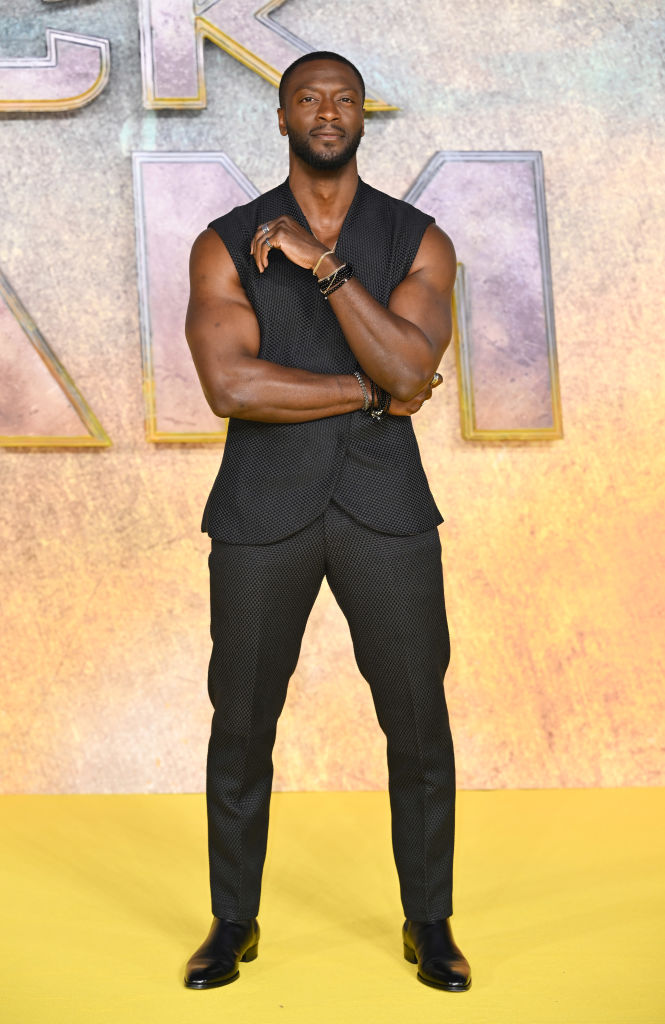 He’s appeared in TV series such as Friday Night Lights and Black Mirror, as well as Oscar-nominated films Hidden Figures and One Night in Miami and he’s embracing his sex symbol status after going viral because of his sinewy arms at ComicCon.

Aldis recently starred as Hawkman in Black Adam and he told Vanity Fair he’s been waiting on this moment for a lifetime.

“I’ve always aspired to have options and choices, and I want to get into different spaces and touch different audiences,” he explains. “But this is something I’ve been waiting for my whole career. I’ve now been in the game for 33 years, and it has finally come to this point. I mean, I’m doing a superhero movie with the biggest superstar in the world! And it’s not a vanity thing, and it’s not about being caught up in the visage of, ‘Oh, you know, it’s the biggest…’ It’s like, you know, DJ is who he is for a reason, and you get to sit back and learn how this brother handles things and how things move. To me, that is priceless education for the path I’ve been walking down. But where my excitement lies the most is for my team, my family, my reps, my friends. I get to go to the premiere and share that with them, and I’ve had to tell people, ‘Yo, calm down, we good.’ But, then again, it’s like, ‘Nah, get excited,’ because—excuse my language—this is some awesome s***.” 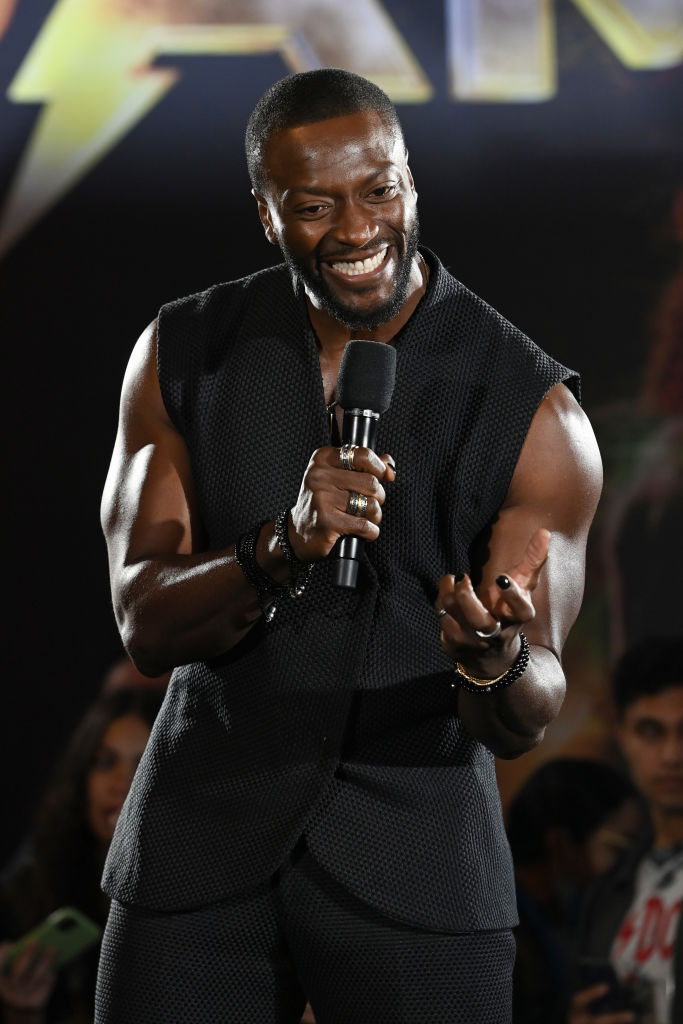 Devotion star Jonathan Majors can love and craft all his fineness on every part of our country. The actor who’s typically clean-shaven has been sporting some facial hair as of late, and we like it. 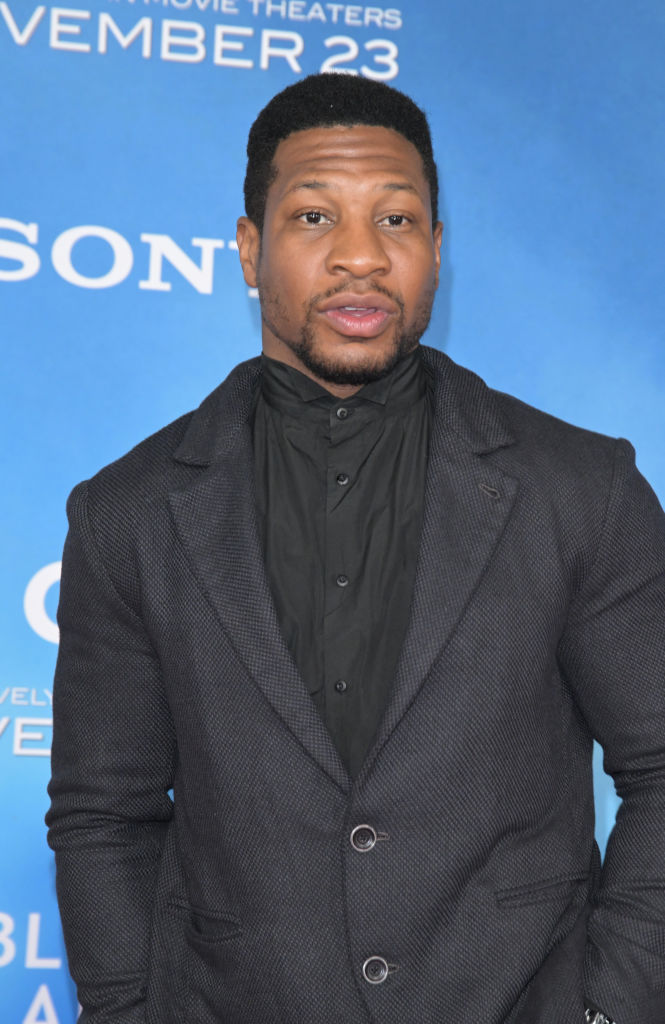 Jonathan took the world by storm in 2020’s Lovecraft Country and Da 5 Bloods. If he didn’t catch your attention back then, he most likely will now as he recently graced the cover of Men’s Health.

Can we get into his facial structure, the muscles, and each and every one of his abs? The Internet sure can.

Not only is he fine but he’s exceptionally talented and in 2023 we’ll see his latest starring roles in Creed III and Ant-Man and the Wasp: Quantumania.

Tenoch Huerta caught all of our attention when he made his debut as Namor, the King of Talokan in Black Panther: Wakanda Forever, and for good reason.

Tenoch might’ve played the antagonist in Black Panther 2 but doesn’t the Bible say to love your enemies??? Lots of folks on Twitter think so and we’re inclined to agree.

Prior to causing tidal waves of thirst, the actor starred in The Forever Purge, Madres, and the series Narcos: Mexico.

Not only is Tenoch beautiful to look at, but he’s an activist as well. The man who played the first Indigenous superhuman in the Marvel universe has long been outspoken about racism and colorism in Mexico and he even wrote a book on the subject titled “Orgullo Prieto” — “Brown Pride.” 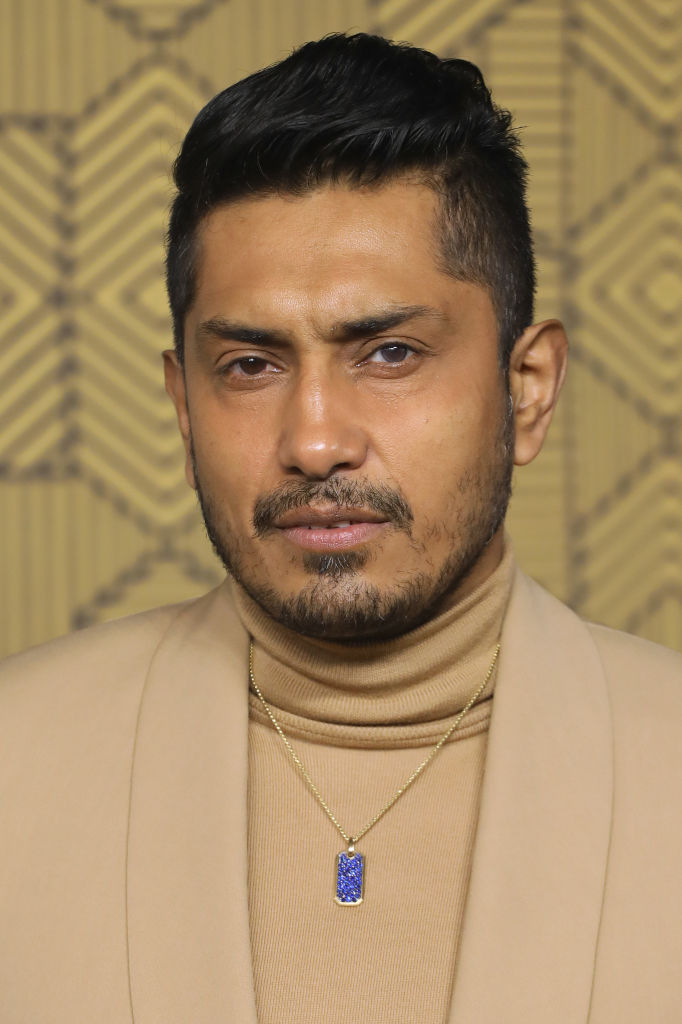 Tenoch recently spoke with the Los Angeles Times about his hopes and wishes for Black Panther: Wakanda Forever.

“I hope this movie helps [people] respect the Indigenous population that exists now,” says Huerta. “They are resisting and they are defending their territories and they are fighting for their autonomy and the right to exist in the way they were existing for the last 1,000 or 2,000 years.”

We love a [sexy and bearded] man who isn’t afraid to stand up for what’s right. 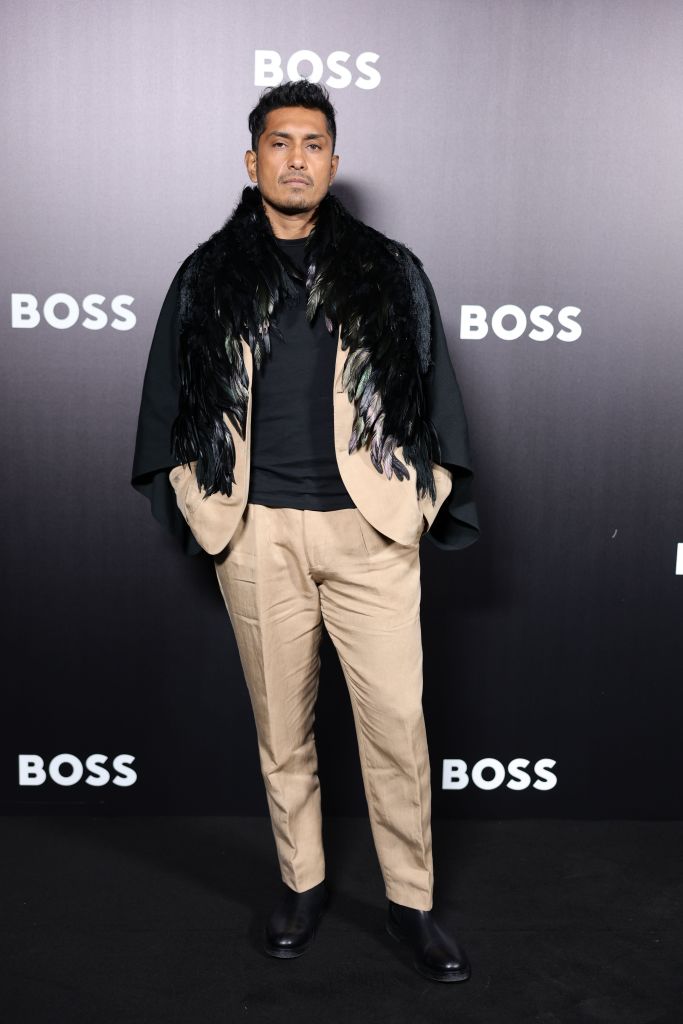 Rome burst onto the scene on CBS’ daytime drama The Bold and the Beautiful and won a Daytime Emmy for Outstanding Young Actor in a Drama Series. You probably also remember him as Gabriel Maddox from ABC‘s How To Get Away With Murder where he starred alongside Viola Davis and made fans of the murder mystery series swoon, something he apparently excels at.

Outside of acting, he’s also a model and singer with syrupy smooth vocals. 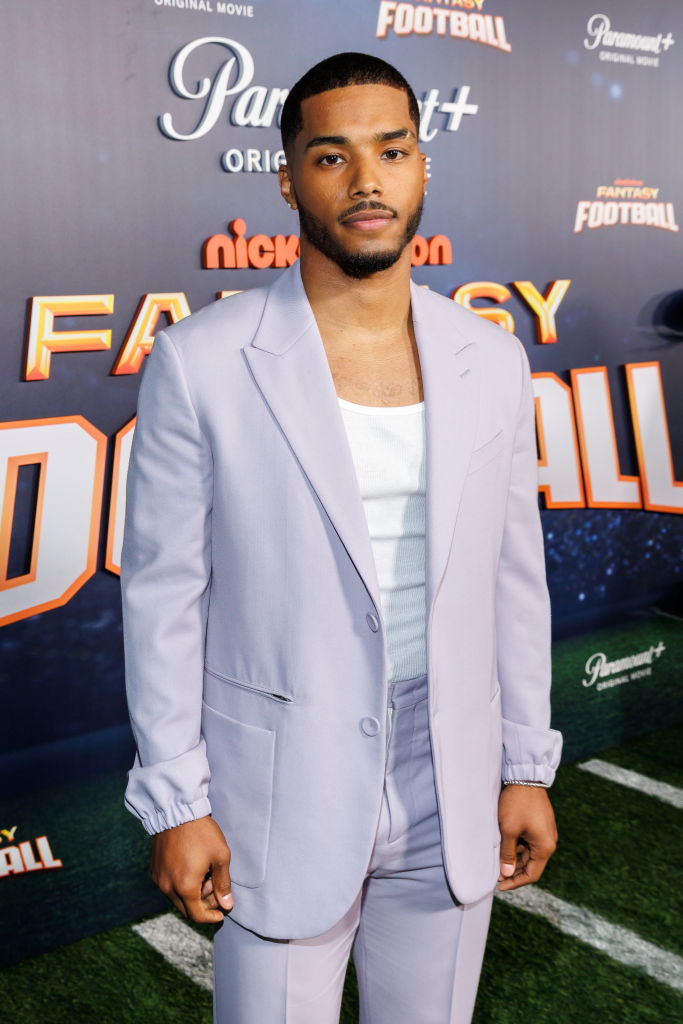